Our Bounty of Carrots

We planted many seeds last spring but few survived. We had three carrots that were growing over the summer, and I forgot all about them until today. When we joined Daddy in the backyard raking up the leaves, I saw them. Only two were left and they were the tiniest little carrots I have ever seen. 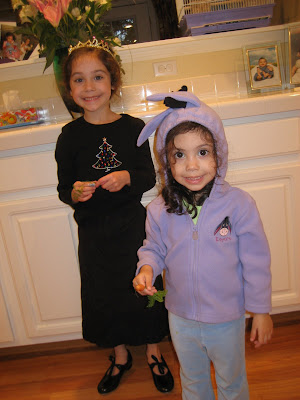 After posing, we had to take two pictures since each wanted one holding the 'big' carrot, the girls wanted to eat them. Again each of them wanted the 'big' one so I chopped each one in half. They both said they were yummy! 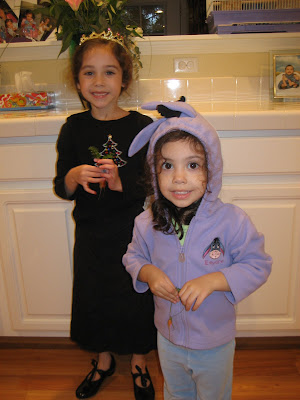 If you are wondering about what they are wearing, they were dressed up for trick or treating around the house. Princess A is a watermelon princess and Princess G is Eeyore and they dressed themselves.
Posted by noreen at 8:04 AM