Princess A keeps asking me to 'work' at school like the other Moms but as I can't take Princess G that is not happening. Well on Friday they had a Harvest party (Halloween is not allowed by the district, don't get me started) and I was allowed to bring Princess G and help. Princess A was so proud. I made cupcakes and brought orange frosting. The kids frosted their cupcake and put a tootsie roll in the middle for the pumpkin stem. 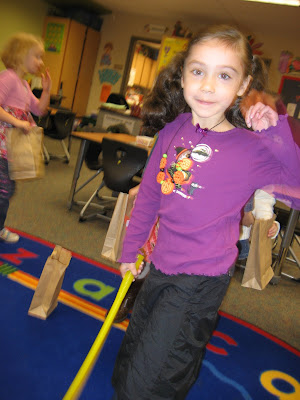 They also play some carnival games, after the cupcakes I was in charge of the golf putting game. 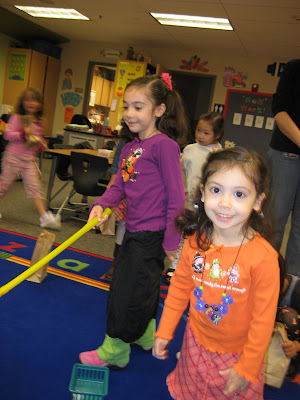 Princess G helped me by collecting the balls after each turn.
(Notice the cute necklaces, we made them that morning as I almost forgot I had bought them!) 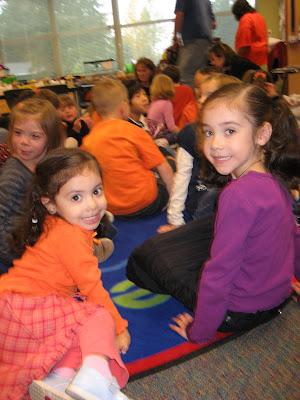 Originally I was suppose to leave after the games but since Princess G was doing so well they had me stay and help till the end of class! Here my two princesses are getting ready to watch Stellaluna.