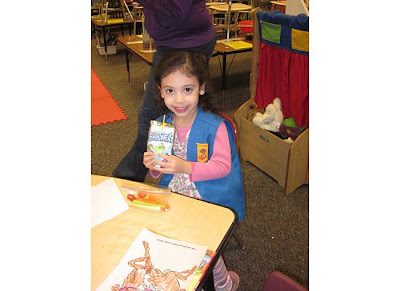 With the big snow storm right before Thanksgiving we had to reschedule the girls' Girl Scout meetings. Since both troops (Princess A's Brownie troop and Princess G's and my Daisy troop) were doing the same craft and practising for the same parade we had the meetings together. 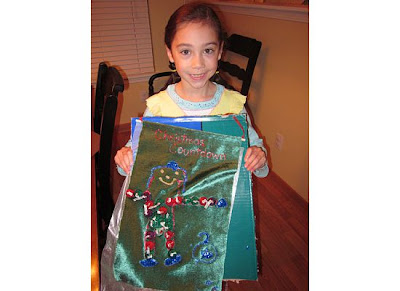 The Brownie troop made their own design and drew it with puffy glitter paint. They then glued on 25 Hershey Kisses. 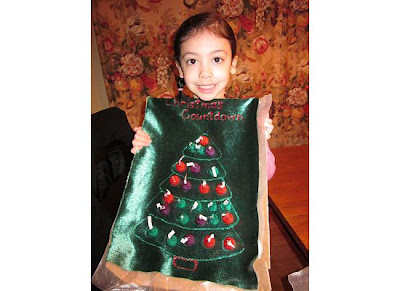 The Daisy troop already had the trees drawn on so they only needed to glue on the kisses.
The girls both love eating one of their Hershey Kisses everyday and counting how many are left.
Posted by noreen at 10:37 PM