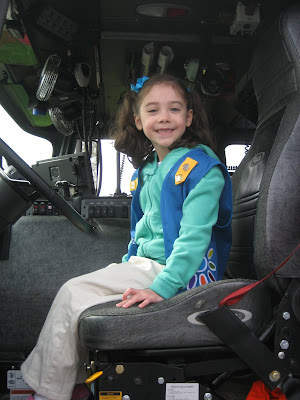 Princess A was so excited to visit the local fire station. It was the first time either of the girls had been to a fire station. Last year Princess A's Pre-K class went on a day we were out of town. 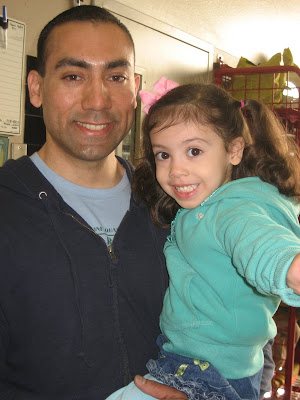 Of course Princess G went and Daddy too. 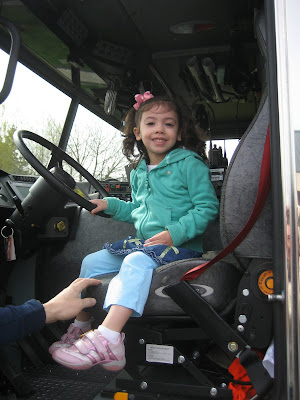 Princess G got her turn in the driver's seat.
The firefighters who gave the tour actually were from a different station. A number of calls had come in that morning and the firefighters of that station were out on a call. The other station was nice enough to come over so the Daisy troop did not have to miss their tour.
Posted by noreen at 9:00 PM