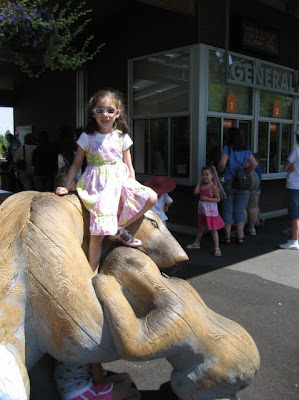 Before school let out I invited Princess A's kindergarten teacher and her daughters to the zoo. When Princess A was so sad she was too sick to stay for the last day of school her teacher promised a trip to the zoo. The other teacher tried to come but was not able to make it. 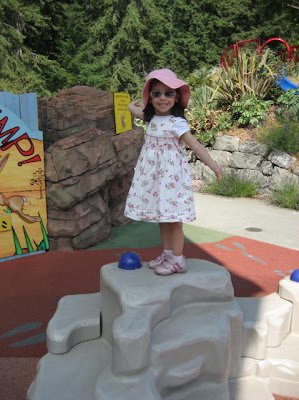 Princess G is so proud to be at the top! 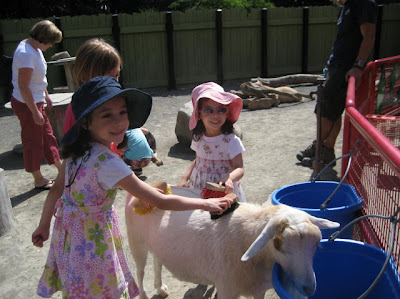 When we went to feed the goats we were asked if we wanted to brush the goats. We had only ever feed them before so the girls were very excited to brush them. They made sure to brush each goat at least once. 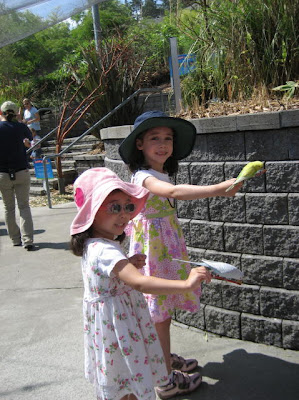 As soon as we walked into the Budgie's area we were swarmed. I held my camera up to take this picture and four birds landed on me and my camera. Last time we came it took almost forty-five minutes just to get a bird to land on our seed stick. 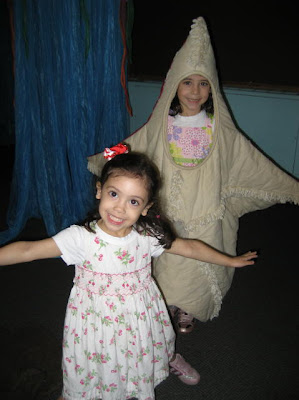 The aquarium had a new interactive activity for kids: dress up as sea creatures. Princess G did not want to dress-up but Princess A had a blast as a starfish and later a sea urchin. 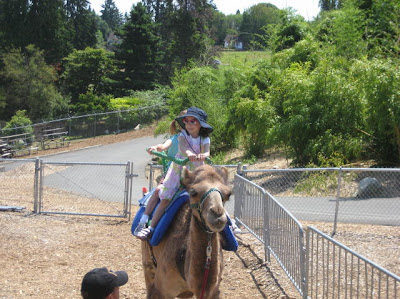 This zoo visit was the day of new stuff. They also had camel rides available. Princess A's teacher was so nice and insisted on paying for the girls' ride since we used our membership for their admission. 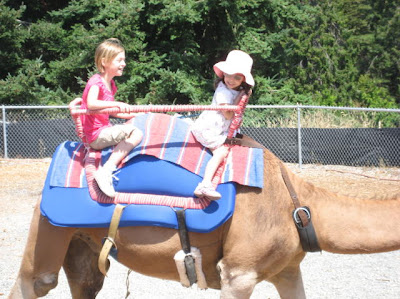 Each of my girls rode with one of her teacher's daughters. The girls all had so much fun together. 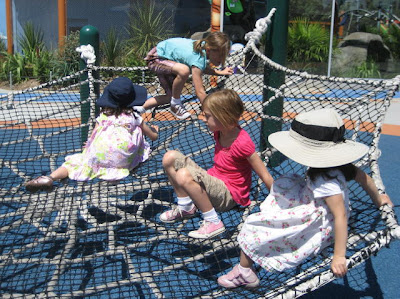 After lunch as seeing the rest of the animals the girls all just wanted to play. 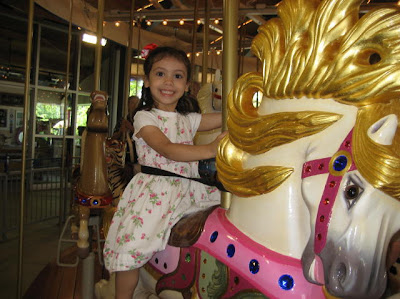 Of course no visit is complete with out a ride on 'Roses' (yes she has a few different carousel horses named Roses.) 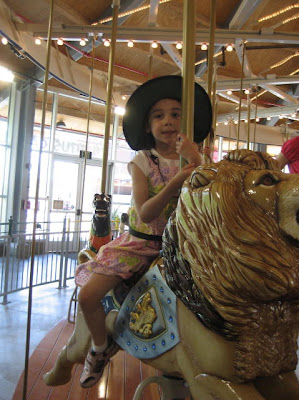 Princess A usually picked a different horse (or lion in this case) for each ride. After two rides and the tradition zoo souvenir (squished penny and small glass animal) is was time to go home! The whole family is so nice and I hope we get to see them again later this summer.
Posted by noreen at 10:56 AM