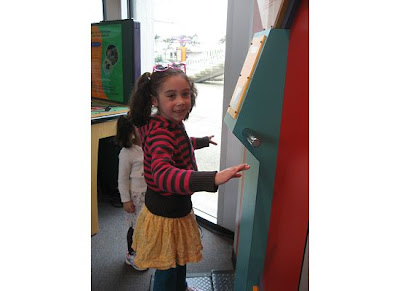 We did end up going to the Polar Science weekend at the Pacific Science Center (in Seattle) and we had so much fun! Princess A loves this balance test. She kept doing it over and over trying to beat her record. 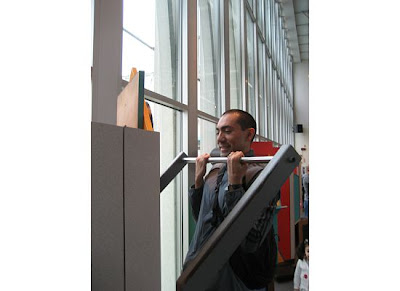 Right behind it is a pull up bar. If you press the button first it will time how long you can hold yourself up. After my darling husband had a turn I tried it too. I don't remember exactly how long I held myself up but I made sure it was longer than the average for my age. When I was in grade school I had the school record for this, it was over three whole minutes back then. If I remember correctly I beat the next closest time by over a minute. 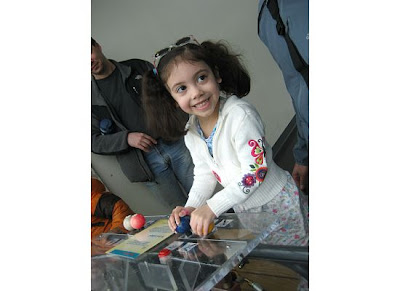 Princess G loved playing with the back hoe. She got pretty good at scooping up the metal balls and them dumping them out again. 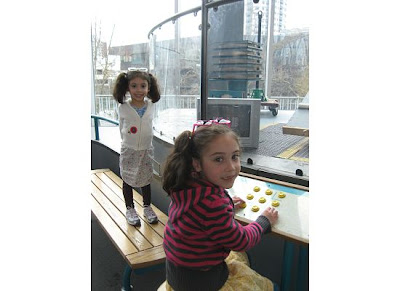 Princess A was able to play tic-tac-toe with a computer, it was a tie! 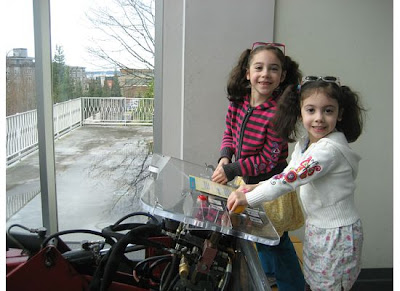 Then the girls went over to the back hoe together. They both had so much fun scooping those balls. 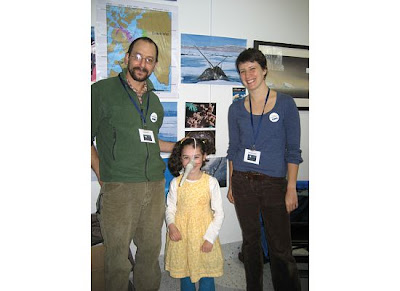 Eventually we made it over to the Polar Science area and Princess A was able to meet some Narwhal scientist. I meant to bring her Narwhal report and the Narwhal nonfiction book she wrote but I forgot the report. I brought the nonfiction book and her report on the polar regions. Princess A loved dressing up as a narwhal. 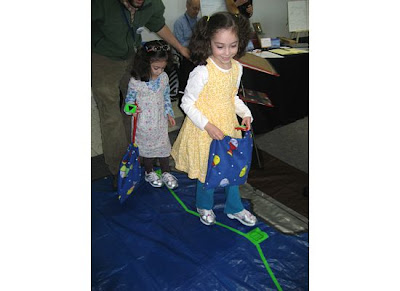 Then her sister and her pretended to be Narwhals and migrated along the green line in the Arctic. We did learn that the Narwhal do not eat during the summer months, instead the gorge themselves in the winter. 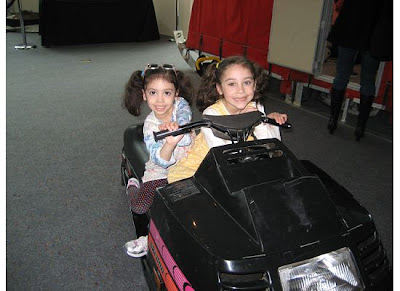 The girls then explored a hut used by scientist in the polar regions (it was extremely small) and got to climb on a snowmobile. 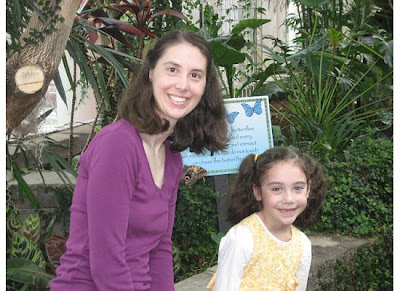 After the polar region it was nice to enter the warm butterfly house. Can you see the butterfly almost on my left shoulder (near the sign)? 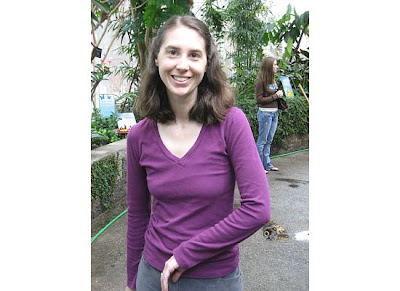 The butterfly flew off and then landed again on my arm! We stopped taking pictures of the butterfly when it landed on me because it did so over ten times. 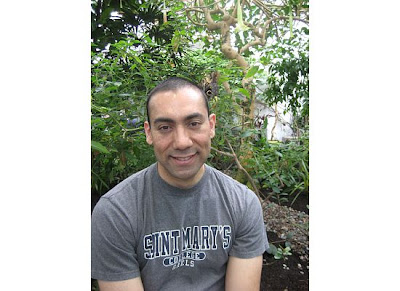 The butterfly also landed on my darling husbands head (and later his back). 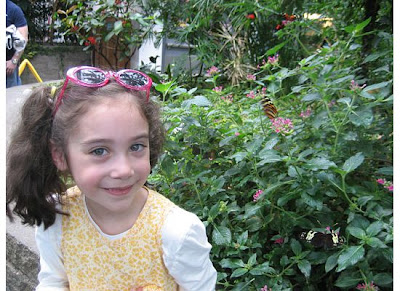 Princess A was really hoping that a butterfly would land on her and finally one did. She was so excited and as Daddy turned to take a picture he scared it off. We stayed a little longer but none landed on her. Since the butterfly liked my shirt so much Princess A wants to borrow mine the next time we go. 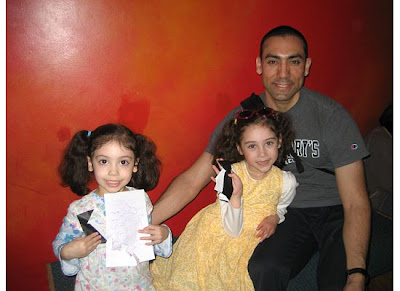 After the butterfly house we had a snack and headed to the planetarium. Last time we came they were sold out so we were very excited to see the show this time. The planetarium is very small so I can see how they sell out so fast. It was very fun and I know we will try and see the planetarium show every time we go. While we were waiting in line for the show we saw a table with people making origami penguins. Princess A made one and I made one for Princess G. 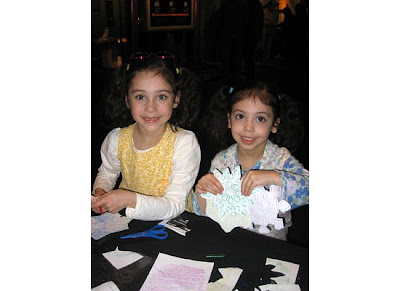 After the show we also found a table where you could make a rubbing of a snowflake. The girls just kept making more and more of them. We still have then in their rooms. It was a great day and I can't until we go back, maybe we will go over spring break since we are staying home.