As I mentioned the other day a few of the girls' core group of friends have moved in the last few months. Right before one of their friends moved (a little boy we met less than a month after we moved here almost four years ago) he had a birthday/going away party. The party was at Fox Hollow Equestrian Center and Farm located in Issaquah, Washington 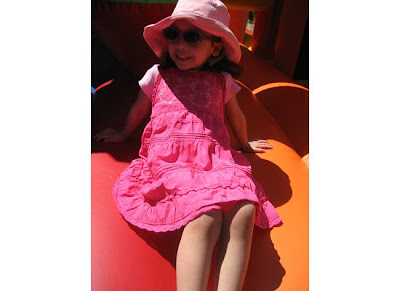 We all had a blast! Princess G is basking in the sun while taking a little rest from the inflatable slide. 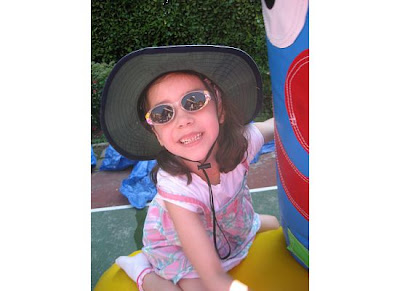 Princess A never stopped moving and just kept going on the inflatable slide and the obstacle course over and over gain. I got tired just watching her. 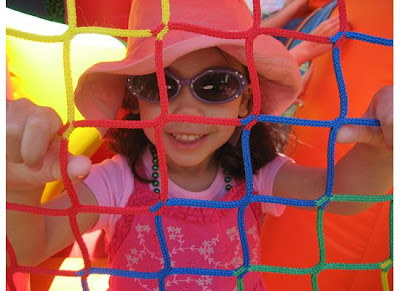 Princess G decided to try the obstacle course too. 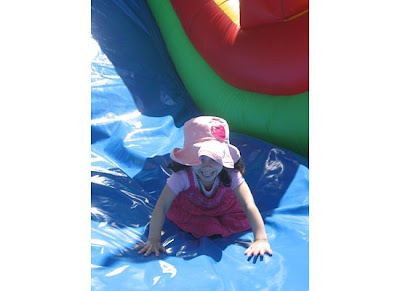 Finally Princess G was able to climb up and slide down herself so I could stop! 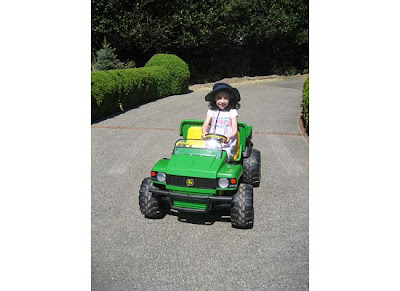 Eventually Princess A discovered that they had little John Deere Tractors to drive. She really wants a car or tractor like this a home but I keep telling her Santa can't fit one on his sleigh. 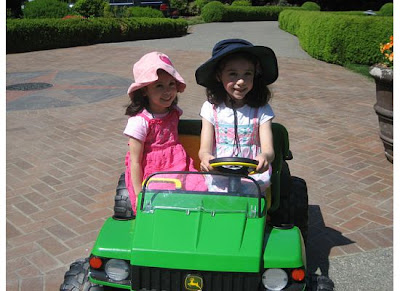 Princess G wanted a ride so her sister happily drove over and picked her up. 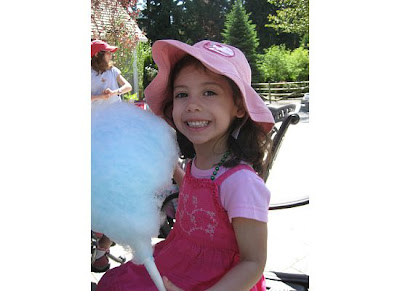 They only got off the tractor when they saw that they had a cotton candy machine (and one for kettle corn too) so they could have some. 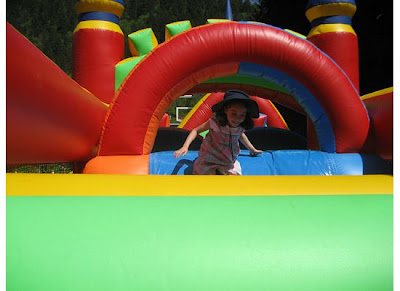 After getting sugarized they made a brief detour to see all of the animals, chickens, horses, baby chicks, peacock, goats (they were available for petting but my girls weren't in the mood that day surprisingly), dogs, kittens and ducks. The girls then went back to the inflatables, they just love bouncy houses (that is what they call them.) 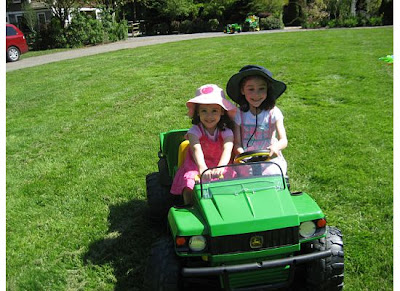 The girls wanted to ride the tractors again and this time they thought it would be fun to chase Mommy. They were laughing and giggling as they chased me all over the the main lawn. 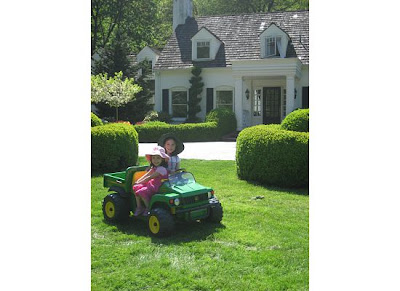 Behind the girls is the beautiful home of the Fox Hollow owners. Behind the house in a river that was so beautiful and peaceful. During the salmon run I was told you can almost walk across on the salmons back (not really but it seems as if you might be able.) It was a lovely farm and I would love to go back sometime. If it was not so far from our house we would probably attend one of their events or even hold one of the girls' birthday party. I would love to attend one of their pie socials one year.
Posted by noreen at 9:06 PM