Originally I was going to have an outdoor party where the girls would play in the sprinkler and kiddie pool for Princess G's fourth birthday. The morning of the party, contrary to the forecast, it was cool. Much too cool to play in the sprinklers like we planned. I decided to have a tea party instead. The girls have a darling set my mother gave them but I never remember to get it out for them. 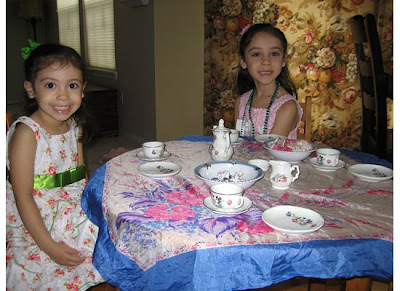 The tea set is for four which was perfect, only two little girls were invited. Four of the normal six children we always invite to birthday parties have moved in the last few months. Princess A thought this scarf that was my Grandmother's would be perfect for the table cloth. 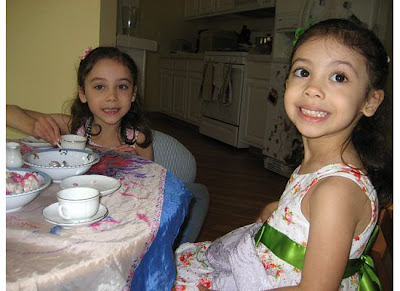 I made decaffeinated Lipton's Tea that morning with three tea bags in a cold pitcher of water. I put the sugar in the creamer dish (I would of bought sugar cubes if I had know we would be having a tea party) and it was perfect because the girls could just pour it in. The girls also picked the four snacks to have with tea, Hershey's Kisses, rainbow Goldfish crackers, Mother's circus animal cookies (the yummy pink and white cookies with sprinkles) and caramel rice crackers (yes that is what they picked). The girls adored the tea and the Hershey's Kisses the most. 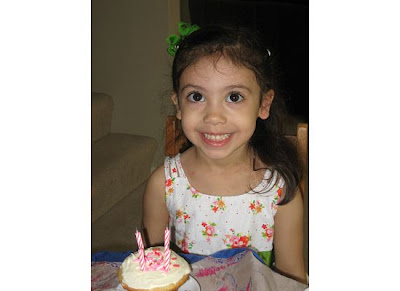 One of the little girls could only stay for an hour so we quickly had the cupcakes. Princess G wanted frosting with sprinkles just like on her birthday. (I forgot to put out the cucumber slices earlier so the girls ate them with the cupcakes!) 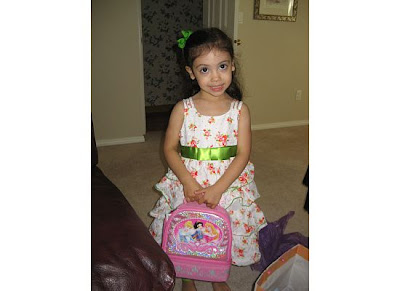 Next it was time for gifts before the friend left. She received a Disney Princess lunch bag, with her favorite princess on it Aurora. 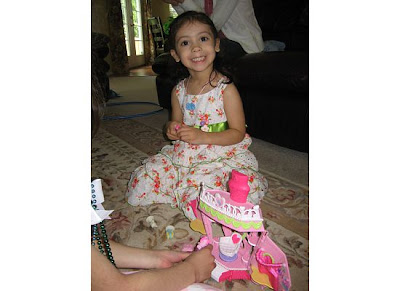 Her second gift was a mini My Little Pony Hair Salon. She also received a set of fairy wing and two fairy wands from us (one of the wands she shared with her sister). 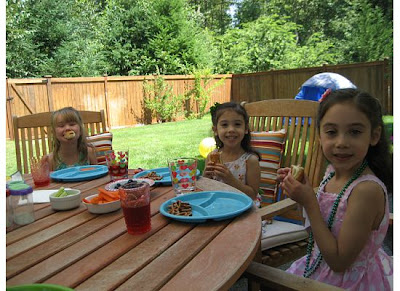 After one of the little girls left we played outside and then we had lunch, hot dogs. 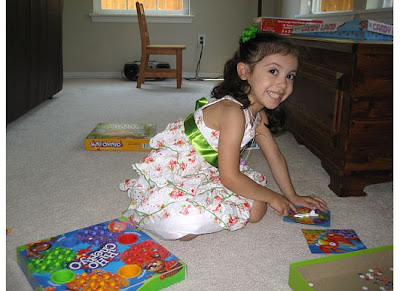 The girls played some boardgames, Hi Ho Cheerios and Cinderella's Pretty Pretty Princess, until their last guest had to go home. The girls loved the tea party so much we will have to do it again just for fun.
Posted by noreen at 11:32 PM