Last Visit to Zoo as Members

Last year when the in laws were visiting it was only a few dollars more to get a membership than to pay for all of us to get in. Since then I have been trying to use our membership as much as possible. I have also been trying to take people, I mean it doesn't cost me anything more to take them. Our membership was about to end so we made one more trip. (I have told no one but there is a slight possibility we might move so I don't want to get another membership if we won't be able to use it.) 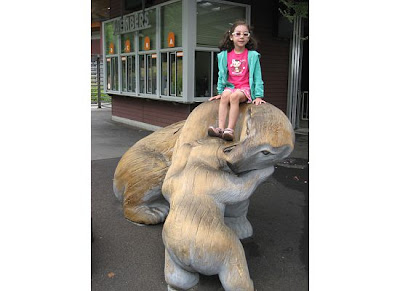 We actually got to the zoo early but our friends were forty-five minutes late! Goes to show when I am finally early it was wasted. 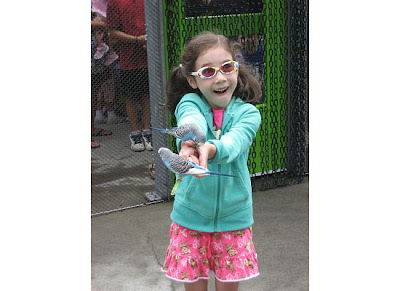 After playing on the playground we went straight for the budgies. Princess A was so excited to have 2 birds (she had three at one time but I was not fast enough with the camera!) 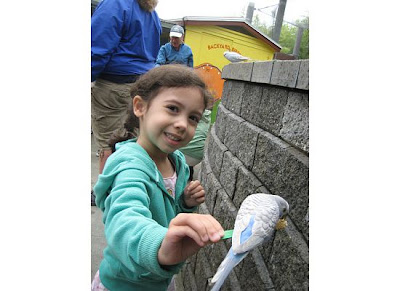 Princess G was so happy when 'a friend of Lucy-bird' (our parakeet) landed on her stick. 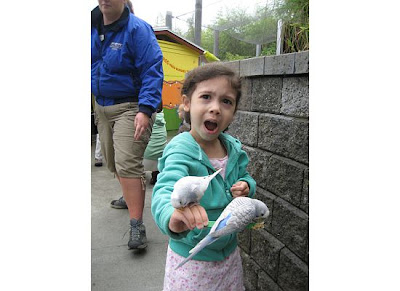 She was not happy when a second bird started to nibble on her fingers and grip her hand with their little claws. After taking the picture I had to scare the bird off a few times, it kept coming back to land on her hand. 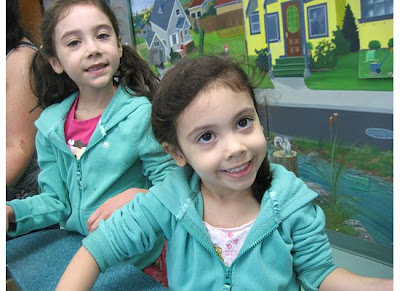 Of course no visit is complete without touching everything at the hand-on exhibit. Princess G even had to touch all of the pipes too. 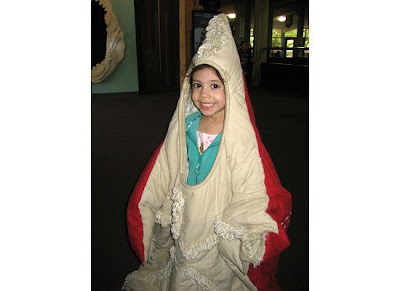 Princess G was so happy that she got to dress up as a starfish again. 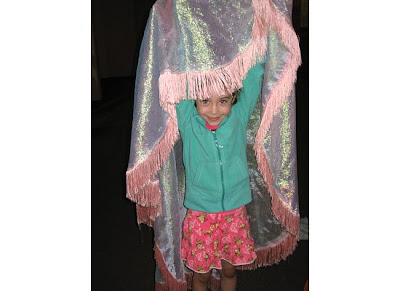 As usual Princess A picked the Jellyfish costume and then chased everyone pretending she was going to sting us. 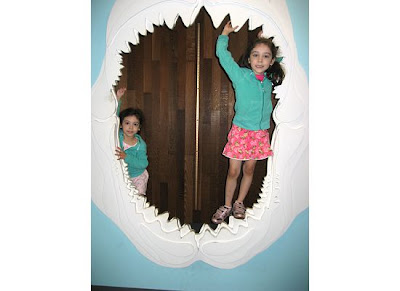 I actually was able to take a clear photo of them in the shark jaws, for some reason they usually come out blurry. 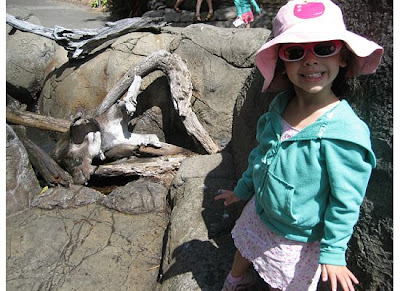 Princess G became fascinated by the tide pool this visit. She has never really been that interested before. She spent a long time here while Princess A went nearby and was tested on her knowledge of animal habitats. At the end of the challenge they gave her a brochure which she just thought was the coolest thing, mainly because she was the only one who got one. 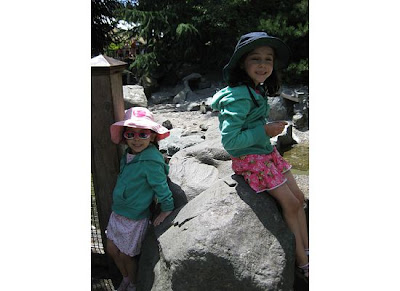 Everyone wanted to watch the penguins. Last visit they only swam, this time they just stood in one place. 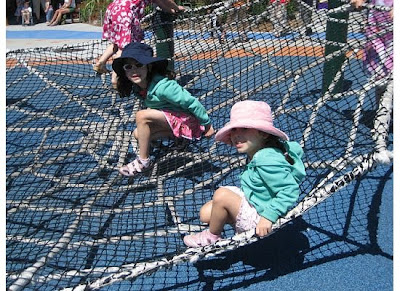 As we got into the zoo a little late we skipped the rest of the zoo and headed back to the playground area. The girls love pretending to be spiders. 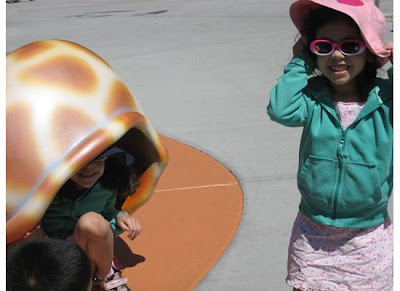 They are just so cute. 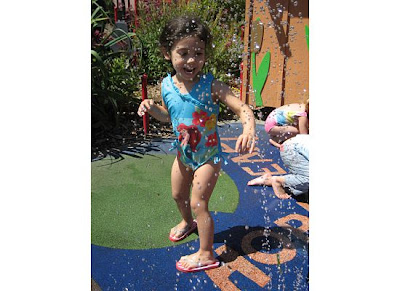 Finally it was hot enough to go in the water. The last time we were at the zoo when this was running Princess G was a baby. They never seem to have it on when we visit but they finally did and the girls couldn't wait. 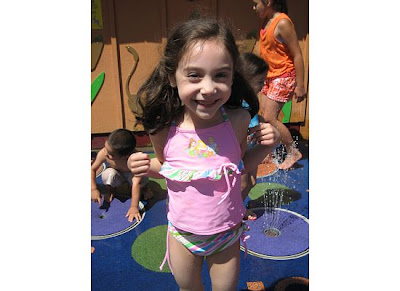 Princess A was just so excited since it has been years since she has done this! 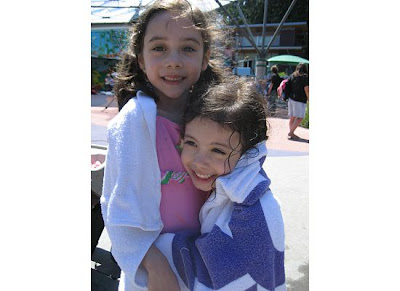 Our friends forgot a towel so I gave them one of ours and the girls shared, which they thought was so funny. They were giggling so hard that they almost fell over when they tried to walk.
We picked up the traditional squished penny (two each this time since it was the last visit for a while), glass animal and ride on the carousel. I am not sure when we will go again or if we should get a new membership. We did have lots of fun but if we do move it would be a waste. I guess we will just have to wait and see.
Posted by noreen at 10:51 PM