Not a Halloween Party at School 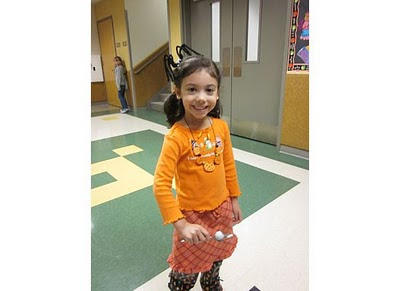 Halloween (and any costumes) is not allowed at my girls' school so the kindergarten classes had a Fall party. The class traveled to 3 classrooms and in the first I was in charge of the the spoon race. Princess G was very fast! 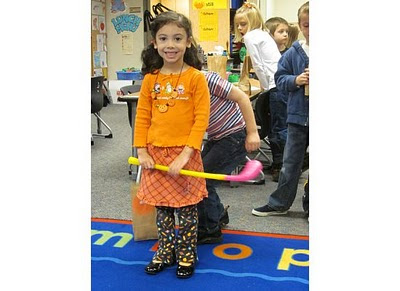 In the next room I was in charge of golf. Princess G got a ball in after it hit my shoe which was tricky since I was not close to the hole at all. 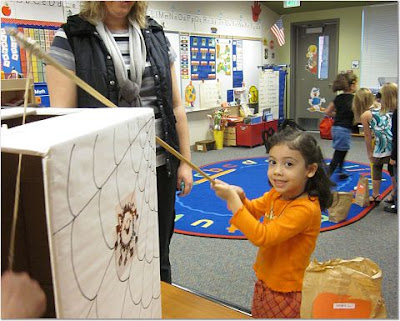 In this room they also had a spider game (similar to a fishing game) which Princess G won a very sparkly spider ring. 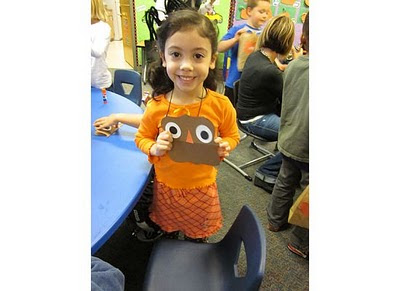 In the last room Princess G made an owl for a treat bag (staple it over a sandwich bag) but she wanted it to play with. It is downstairs on a window as a decoration right now. 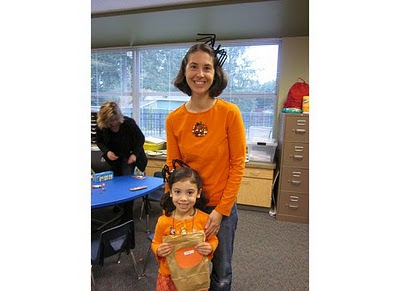 Do you like our spiders? I made the same kind last year (click here for a tutorial I made last year) and this year my Daisy troop made them. Princess G, another Daisy at the school and I wore them all day and we each received many compliments. I even had one of the pre-school teacher drag me around to show some of the staff! She made one that night and wore it to school on Friday (the non-Halloween party was Thursday.)
Posted by noreen at 11:03 PM