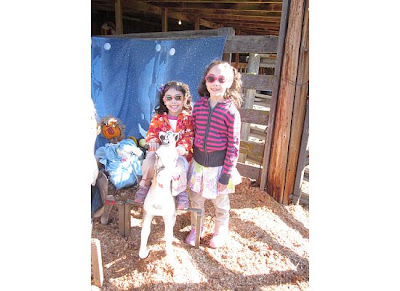 Princess G's best friend had her birthday at a pumpkin patch so we all went together. Princess G and I visited the same pumpkin patch last year with her pre-K class but Princess A was not able to attend when she was in pre-K. 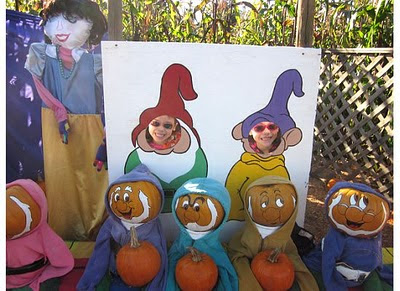 The girls had looking at all of the different pumpkin characters. 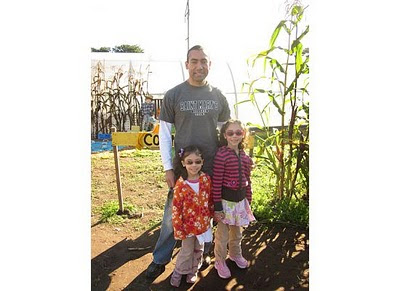 Princess A was most excited about the corn maze! 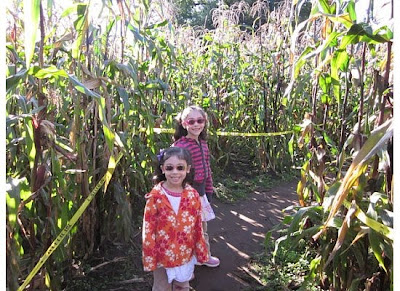 We went down every path at least twice, if not more. We had so much fun running through it over and over. 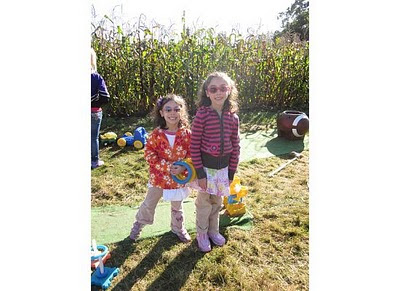 The girls also played in the toy area. 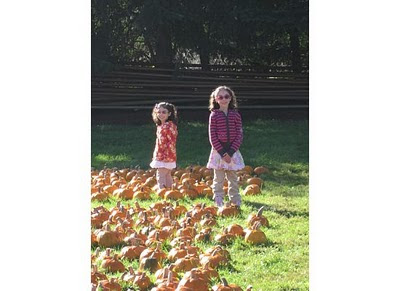 Here are the pumpkin you get to choose from if you take a preschool tour. they are small but cute! 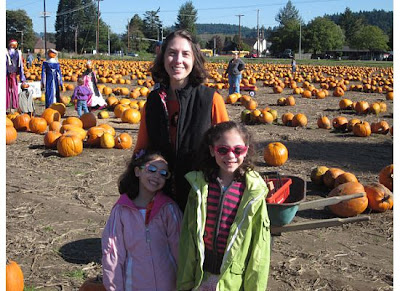 Since the birthday party did not include any pumpkins as soon as the party was over we went to pick out our pumpkins. 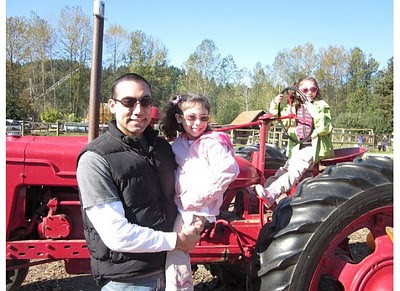 Princess A climbed up on the tractor as soon as she could and sat there for quite a while. 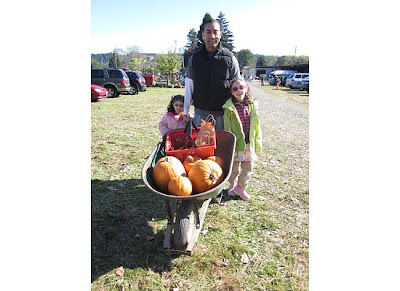 We bought two carving pumpkins, four small ornamental pumpkins and three sugar pumpkins for cooking. We left them on the front steps and yesterday someone stole one of my sugar pumpkins!! I can't believe someone stole on of my pumpkins!
It was Daddy's and Princess A's first visit to a pumpkin patch and they agreed we will have to go back next year!
Posted by noreen at 11:45 PM