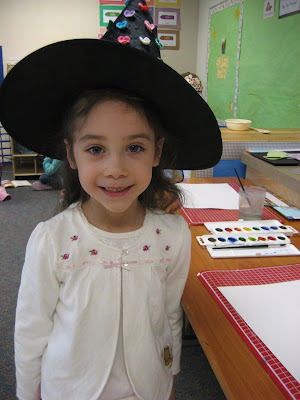 Today was Princess A's 100Th day of kindergarten. I know it is late but they had a number of canceled day (snow and flooding) and they don't have school every other Wednesday. 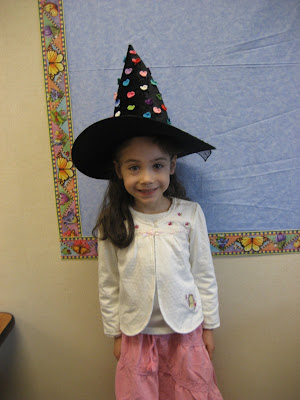 To celebrate each student was suppose to wear a hat with 100 things on it. 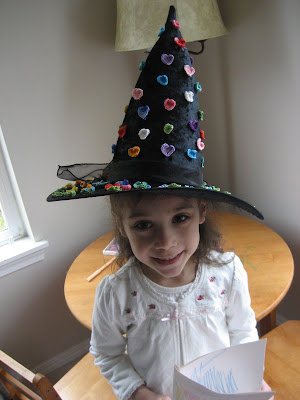 Crazy mom that I am, I crocheted 100 hearts and then sewed them on a witch hat (her choice!)
She loves the hat so much she kept asking if she could keep it FOREVER! 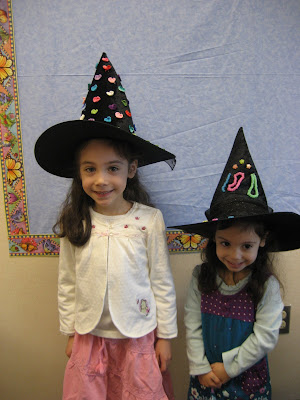 Of course Princess G wanted one too. Since I did not have enough time to crochet another 100 hearts I made her a hat with 100 beads which spells out 100. 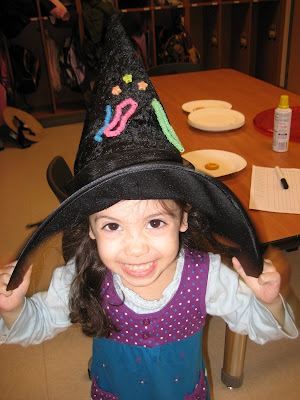 I rushed the sewing a little so the last zero started to come off.
(I was a little tired of sewing!) 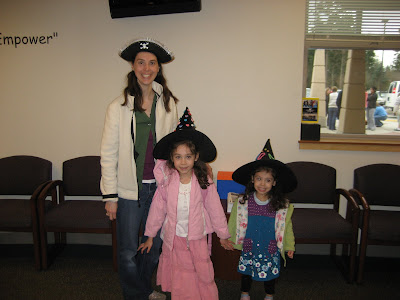 Since today is my day to help out in the classroom I also made myself a hat.
A pirate hat with 100 paperclips on it. 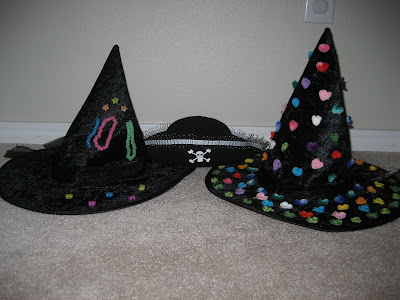 Can you tell I got less creative and spent less time on each hat!
If you want to know how to make the hearts I found the instructions here on Skip to my Lou.
The girls want more hearts but I might take a break for a little while.
Posted by noreen at 9:24 PM