Thomas the Train and Friends Show 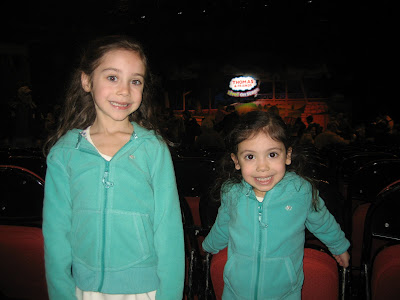 We took the girls to the Thomas & Friends Live! On Stage: A Circus Comes To Town and they had a blast. They both were mesmerized from the first. 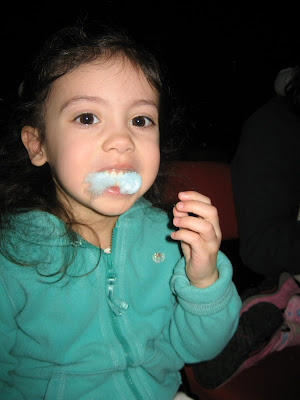 They both kept eyeing the cotton candy so during intermission Daddy got them a bag to share. Princess G has been excited since I told her we were going to the show. She is a huge Thomas the Train fan, though Percy (the green train) is her favorite. For a few weeks she has been asking "Are we going to see Thomas tomorrow?" 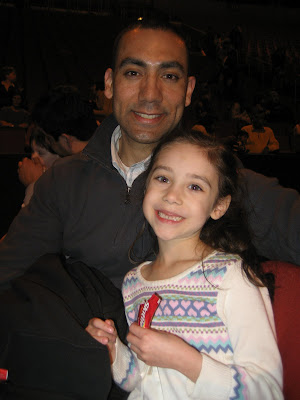 Princess A was not as excited when I first told her. She wanted to go but asked if she could be something to play with in case she got bored. Well as soon as the show started her eyes never left the stage. She even sung and danced one of the numbers from the show all the way to the car, in the car and after we got home. Princess G and I joined her in the dancing and sing too, well at least until we got to the car! 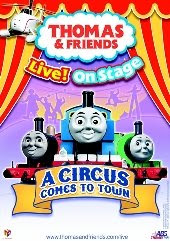 The show was about an hour and a half, including a 15 minutes intermission. I must say the show did not seem that long as we were all entertained. The girls thought the 'talking' trains were the neatest thing. Princess G was just so excited just hearing Thomas the Train's whistle, let alone when she finally saw him. If you have a Thomas the Train fan I would recommend taking them to Thomas & Friends Live! On Stage: A Circus Comes To Town. Both Princesses had so much fun and kept saying "Thank you Mommy!"
So thank you MomSelect, my family loved the show.