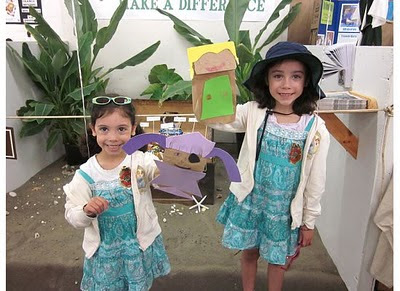 A few weeks ago we attended a county fair. Inside one of the building there was a table to make puppets. They each made a prate girl. 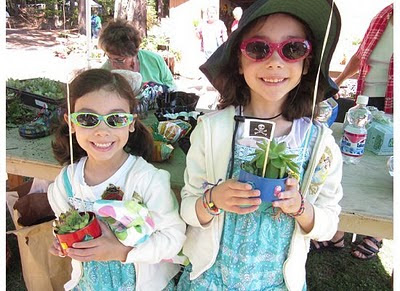 We wander around and saw lots of booth and found one where the girls got to pick out a plant. I still don't remember what these are called but the girls are still excited about them. 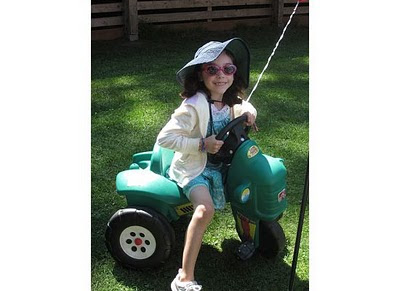 Princess A was technically too old for the toddler area but since no one was playing on the tractor I let her play. 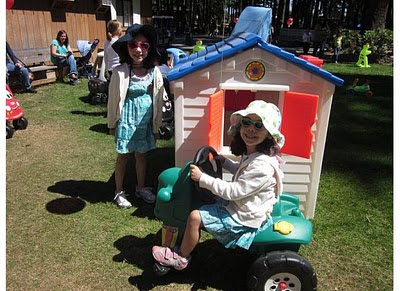 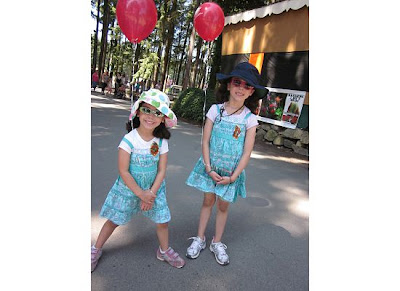 This is their second set of balloons. We were in the car strapping on seat belts when they escaped. Since we had not left yet I said we could go and ask for more. They very nicely gave the girls another balloon. We had a great time though the girls did want to go on some rides. They did not start until the afternoon which was just as we were leaving. I love attending fairs and hopefully we will make it next year, I had a fever last year so we missed it.
Posted by noreen at 10:25 PM