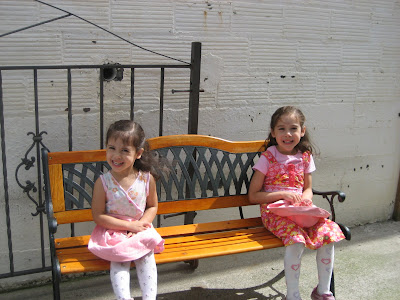 Since my husband's cousin will be moving into her own apartment soon we decided to spend the day together exploring our downtown area. First we went to the cutest little store full of princess things. It was closed for lunch so the girls had some sweet tarts while we waited for it to open. 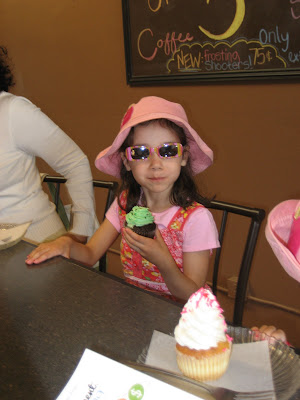 Later we found a cupcake shoppe. I knew there was one downtown but I never knew where it was. We stopped in and picked out some cupcakes. 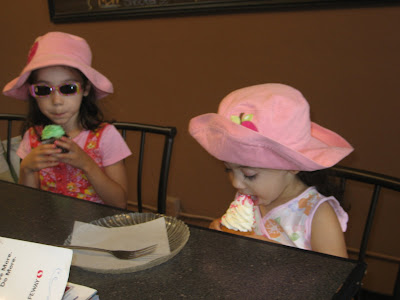 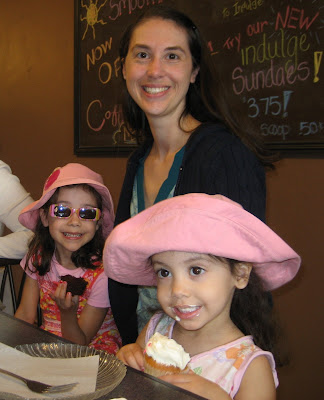 Princess A finished everything but a small bite of frosting (she wanted to bring it home!). Princess G made a good dent in the frosting and had a small nibble of cupcake when she informed me she was full. We brought it home and they shared the cupcake, with the extra mint frosting on top, for dessert.