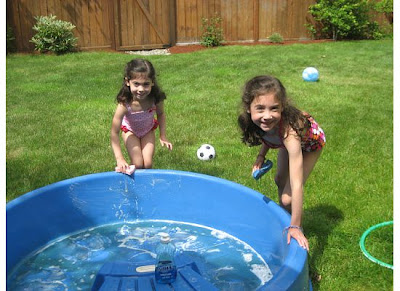 According to Princess A Thursday was the best day ever!
In the morning we went to the library for story telling and a craft. The girls also picked up many more books to add to our giant pile of library books, cds, audio books and DVDs. After the library we stopped at the grocery store and I picked up a few treats for them, raspberries (2 12oz packages), peaches, watermelon, honeydew, apples, grapes, more fruit, pinwheel cookies, cotton candy, Klondikes and Drumsticks. I know I did spoil them a little. After we got home we had lunch and then scrubbed their pool. The girls wanted to help so I put them to work. They scrubbed the pool really well, there were only a couple of spots I had to scrub myself. 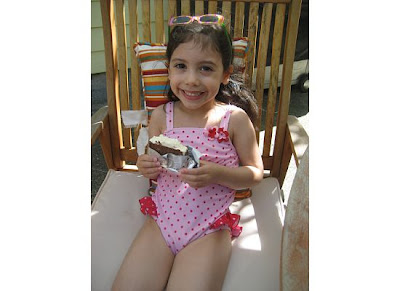 The girls of course wanted to try the Klondikes even though they were not quite sure they would like them. 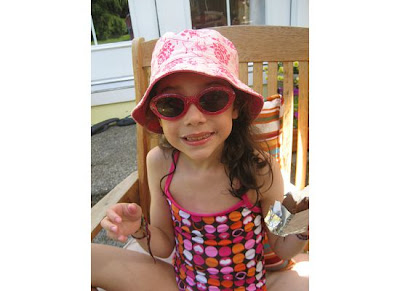 They loved them and quickly finished them off. We went inside and the girls watched a movie, a DVD of the ballet Copelia. We had dinner and soon they wanted to go outside and play in the pool and sprinklers again. 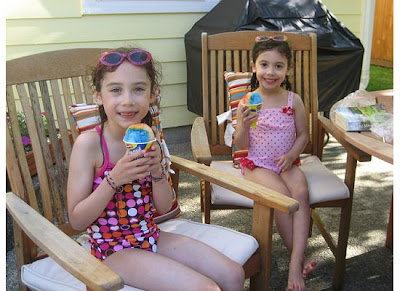 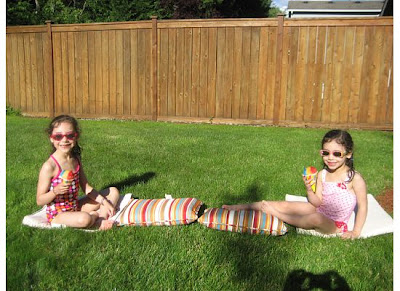 They both started to get a little cold so I carried the chair cushions into the sun on the lawn. As we were sitting their we noticed some small clouds forming and disappearing over and over again. We had lots of fun thinking of what the clouds looked like. 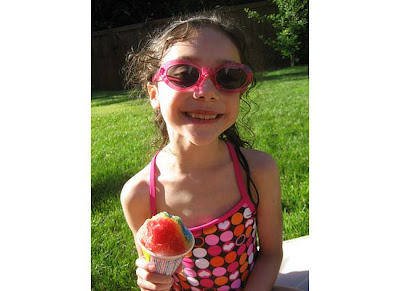 Princess A announced at bed time that this was the best day ever in a long time! 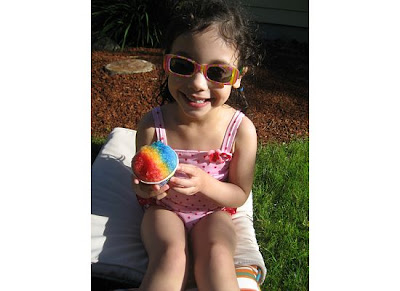 After the snow cones (I got to have the very end when they became too cold.) They soon headed inside for a bath to warm up a little. Soon it was bedtime. I read them lots of stories and it was off to bed. It really was a wonderful day, full of simple pleasures.
Posted by noreen at 12:53 AM