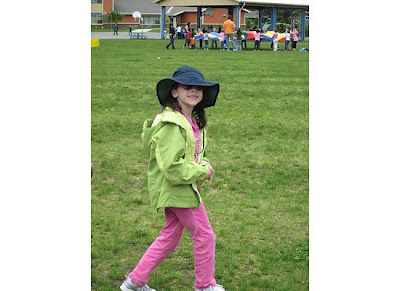 Last Friday was Field Day at Princess A's school. I volunteered to help so of course Princess G came with me. 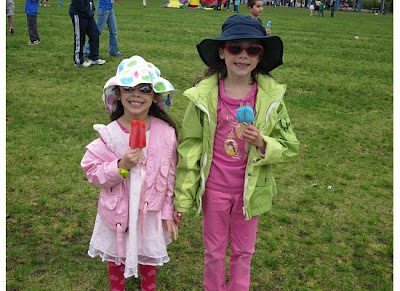 As soon as Princess A found us she collected her sister and they went off to have some fun. 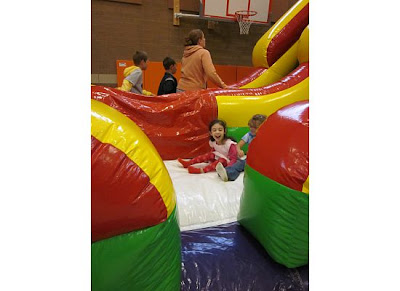 Princess A missed the bouncy house time for her class but they said she could go with the second graders. Princess A was hesitant to join them so I went with them and luckily we found some second graders that are in her Brownie troop so she was soon have a blast. Princess G had no qualms about going with second graders and quickly made friends with her sister's Brownie friends. After staining her pants at the tug-a-war (I still have not gotten all of the mud out) Princess A decided to finally try the station I was working at: Flying Pigs! I had three hula hoops laying on the ground and you had to try and throw rubber pigs into the hoops. Princess A got a pig in on her first try! It was a very fun day even if it was cloudy and windy. Next year I am sure I will be there all day (I only helped in the afternoon this year) since Princess G will be in the am kindergarten and second graders have field day in the afternoon. In fact Princess G will get to go twice, in the morning with her class and the afternoon to help me when her sister is participating.
Posted by noreen at 11:59 PM