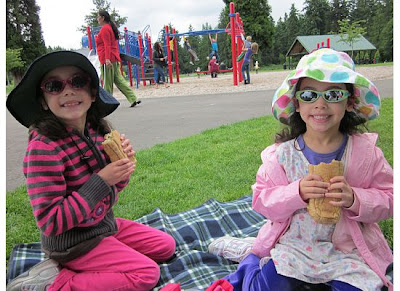 For the first day of summer vacation (about a week and a half ago) we decided to start off with a bang! We first went and bought a waffle iron for Father's Day and then I suggested a picnic at a park. We stopped at Subway and picked up a Chicken $5 Foot long, one is perfect for the three of us. I also brought along apple juice and fresh raspberries. After they were done eating I finished up while they played on the playground. 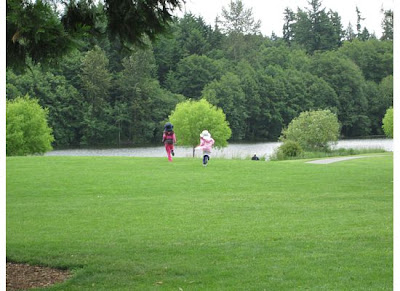 When I was done they wanted to walk around the lake. 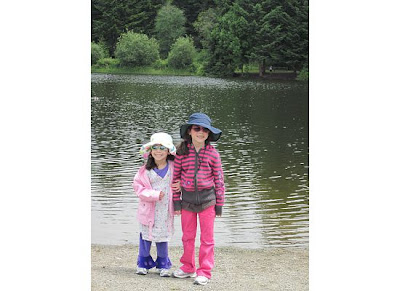 They love going down to the edge and trying to skip rocks which in their case is just throwing pebbles and watching the ripples. 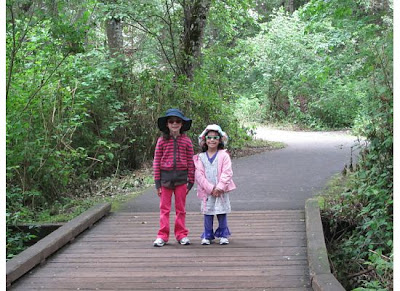 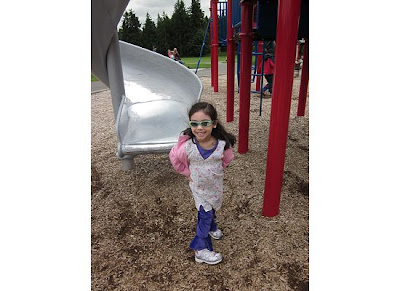 After the walk they went right back to the playground. Princess G kept going down the slide and at the bottom she would do a ballet twirl and jump-off, too cute! 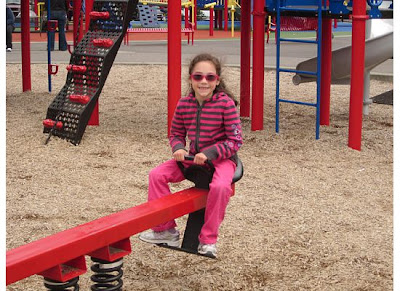 Princess A made a new friend and they were on the teeter totter for quite a while. 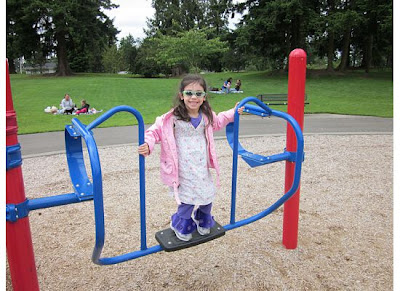 Princess G had a blast bouncing on this thing. It was a great start to summer vacation. So far we have found the right balance of stuff to do and time to do nothing. Today Princess G had a fever so we stayed home and watched lots of DVDs from the library.
Posted by noreen at 7:35 AM