Coppelia, a Wonderful Ballet in Seattle 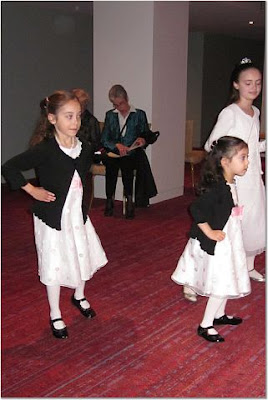 The girls have been to the ballet a few times already. (Don't you love their matching outfits, they picked them out together.) When Princess G was 2 1/2 and Princess a was 5, they attended their first ballet, the Nutcracker. I was a little worried Princess G would not be able to sit through the ballet, but she lasted until the last 20 minutes. We spent about 5 minutes playing in the lobby and she was ready to go back in for the ending (we sat in the back when we returned so we would not disturb anyone.) This year the Pacific Northwest Ballet had a Nutcracker Photo contest. A picture of the girls was a runner-up (they are photo #8) so we won two tickets to Coppelia. Daddy purchased two more tickets and we all went to the Coppelia ballet. We went to a matinee showing on Saturday. Since it was a matinee they had extra activities before the ballet started for children. One activity included the telling of the Coppelia story. (They also had arts and crafts but we missed them.) 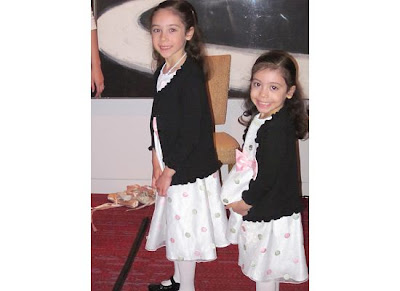 A nice women told they story (which we did not know before we attended), showed pictures of the ballet, played some music from the ballet and one of the costumes to touch. The girls also got to participate by recreating parts of the ballet, such as the shaking of the wheat (if you hear it whisper you love is your true love), leaping and dancing like a wind-up doll. Above the girls are waiting in line to practise leaping. 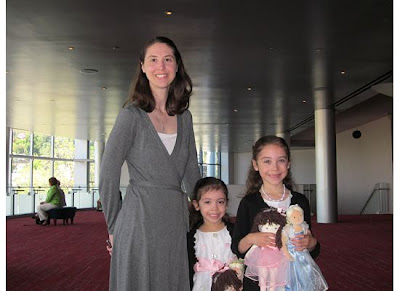 Eventually we wandered upstairs to our seats. the girls brought their ballet dolls to watch the show. The pink doll Princess A is holding is Clara that Daddy bought at the Nutcracker ballet previously. 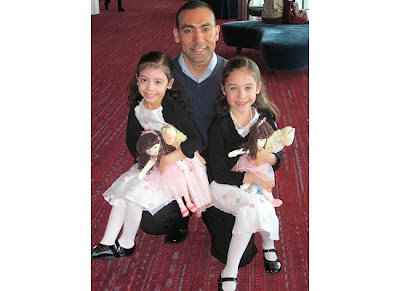 Coppelia was just fantastic! The costumes were gorgeous and the dancing was magical. It is a wonderful ballet to take children too as the story is fun for them and even has a little comedy (Princess G giggled a few times during the second act in the workshop.) The whole show was just yummy! I know yummy is a strange description but the costumes and the scenery were just so pretty and well yummy! 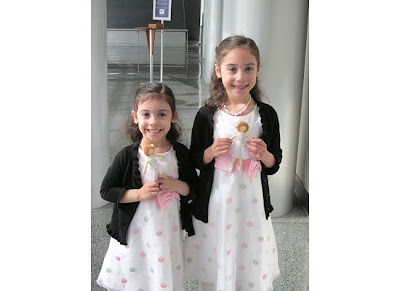 Te girls of course asked daddy if they could get something from the gift shop (we spent time in there during both intermissions.) Eventually Daddy said lets go see which meant that when they got to the gift shop he was probably going to get them something. They both decided on these little ballerinas. They are suppose to be tree decorations but we cut the string off and the girls are playing with them. Princess G has been re-enacting Coppelia with her doll, hers is named Coppelia. Princess A named hers Swanidla (a main character from the ballet.)
I am sure we will be attending more Ballets at the Pacific Northwest Ballet, we already have the date written down for when the Nutcracker goes on sale.
The girls have also been reading other ballet stories and we checked out a DVD of Coppelia (filmed in London) from the library to watch the ballet again.
Posted by noreen at 12:16 AM