Day at a new Park 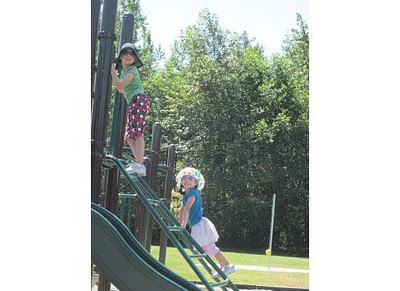 Last year this park was redone and we always mean to stop by and play and we finally did. 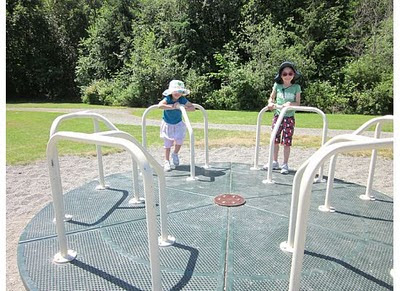 The girls spent most of their time here. I got a good workout running in circles over and over to get them spinning. I loved spinning on these (what are they called?) when I was a kid. I remember there was a park my paternal grandparents would take us to in San Jose that had one and an older fighter jet you could climb into. The best one was one at the McDonald's play area nearest to our house (near being about 25 minutes away). It had McDonald characters in the middle and you could climb up onto them. It was just huge I loved spinning on it. They also had a very tall slide but eventually it was deemed too dangerous and they got rid of the spinning thing and the slide. I really missed them when they were taken out, we really stopped going after that since it just was not as much fun anymore.
Princess G's friend lives next to this park so we have to have some play dates there before summer is over. Only a week and half until school starts.