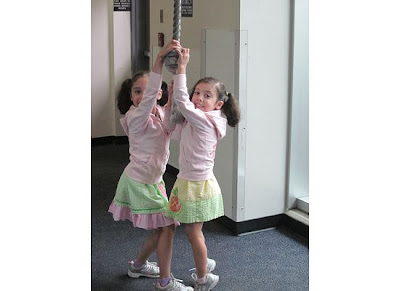 After we got back from Seaside we decided to take a trip to Seattle. We visited the Pacific Science Center, we have a membership and want to get our money's worth. The girls went straight for the giant weight and pulled on it together. 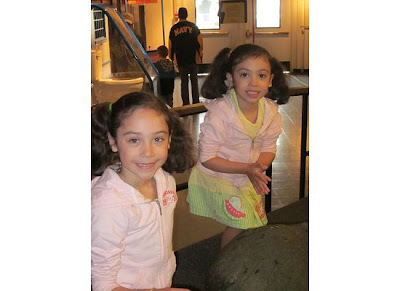 This time the girls spent some time at the tide pools. 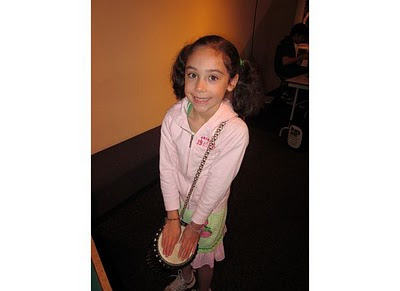 Nearby was a volunteer with musical instrument. Princess A had fun playing the drum. 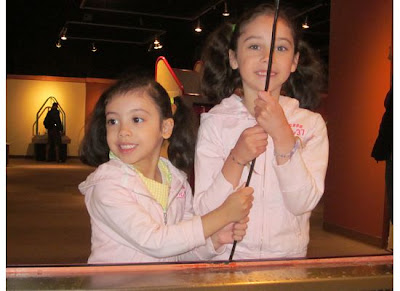 We final figured out where the changing exhibit is located and on the way found the giant bubble maker. The girls had fun pulling up and making the giant bubble and then blowing until it popped. 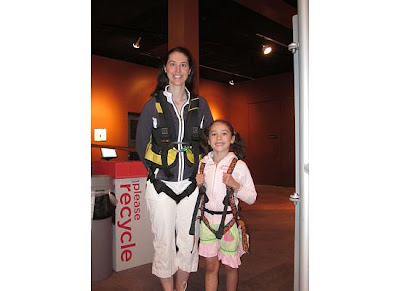 Princess A wanted to go straight for the tightrope. We both decided to give it a try. 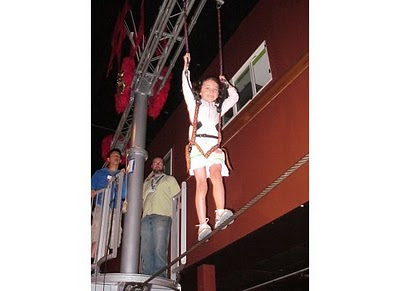 Princess A went first on the tightrope and she loved it! 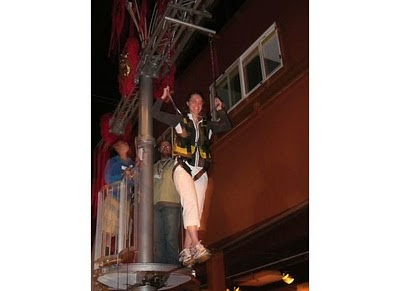 Next was my turn. I held onto the safety harness for most of the walk but toward the end did put my arms out and walked. It was a little nerve wracking but lots of fun. 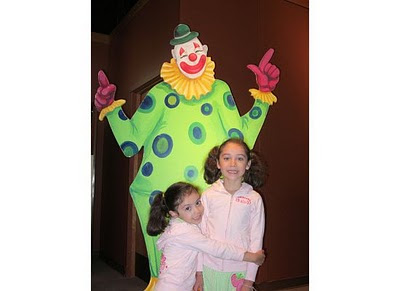 The girls really liked the circus exhibit and want to come back while it is still there. 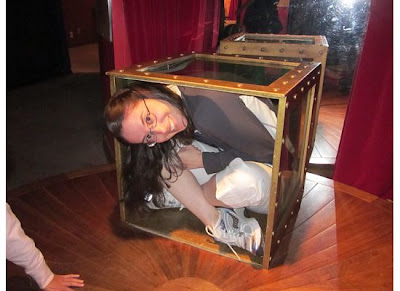 We found a box that a human contortionist can squeeze herself into. The girls got in the box together and wanted me to try. I did pretty well, I almost got my whole body inside, only a little of my head was still sticking out. 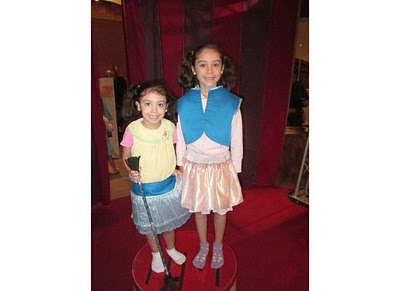 The girls also had fun in the dress-up tent. There are lots of circus costume you can try on and a mini stage to perform on. 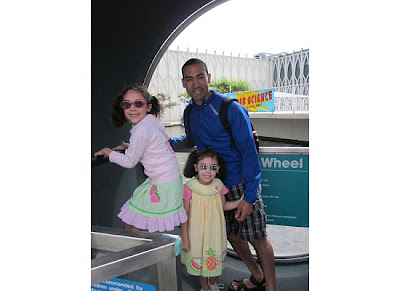 We were getting hungry so we headed outside (and tried this water wheel) to eat at the Seattle Center. When we got outside the Pacific Science Center we realized that the Taste of Seattle was going on. We got lots of yummy food: fried chicken, sushi, watermelon, jo-jo potatoes, doughnuts and ice tea. We found a spot near the jazz stage and had a wonderful picnic. 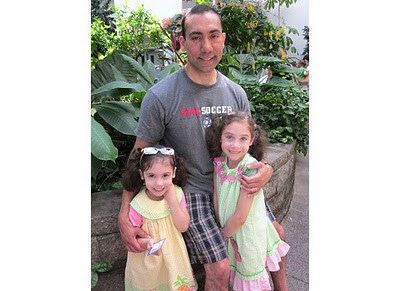 After wandering around the Taste of Seattle we went back to the Pacific Science Center. Of course we had to visit the butterfly house, no visit in complete without that. 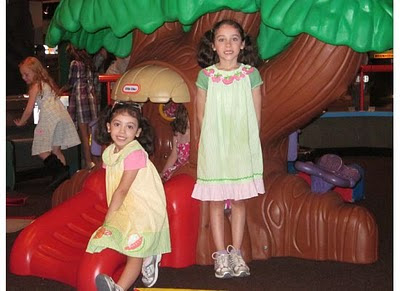 The girls then wanted to play in the water area and the little kid area. 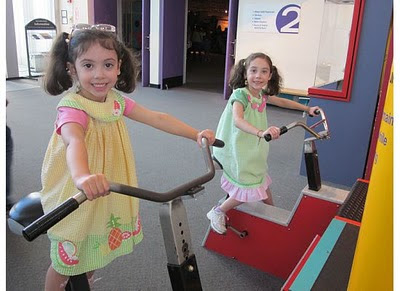 It was getting late so we started to head out. Princess A wanted another ride on the bike to see how much electricity she could generate. 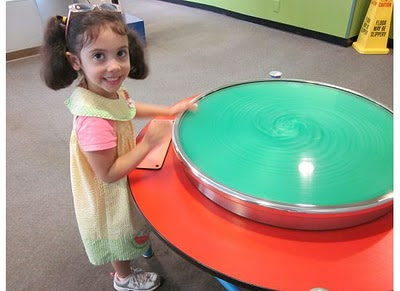 With a stop by the bathrooms and this cool contraption it was time to go home. We all had a great time including my husband whom does not like crowds at all. We will have to go back soon.
Posted by noreen at 10:49 PM