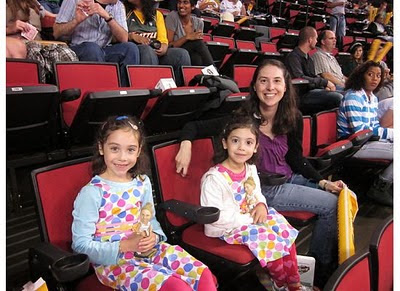 After waiting in the rain (it was Lauren Jackson Bobble head night) we were so happy to get inside the arena to watch the Seattle Storm play. I have not been to a professional basketball game since my Grandpa took me while I was in college and I have never been to a women game. 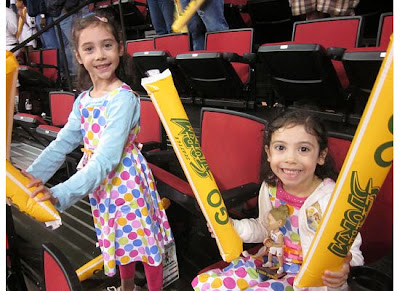 The girls were just so excited to cheer for the Seattle Storm team and since it was a team of women I think it was even more special. Princess G held her Lauren Bobble Head the whole time and now has her on her nightstand. The girls had a blast with the bammers too! 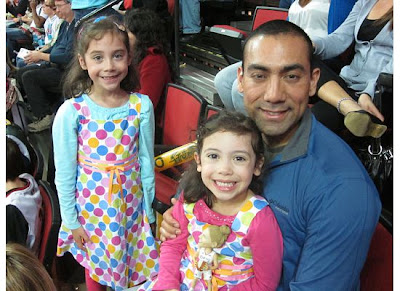 The game was just so much fun, I just love getting caught up in the roar of the crowd. The only difference between NBA and WNBA (granted the last NBA I attended was in the 90s) was I did not hear the crowd boo when the opposing team scored which I liked.
Of course the Seattle Storm winning by 46 points (tied with the WNBA record) also helped make it a great game! 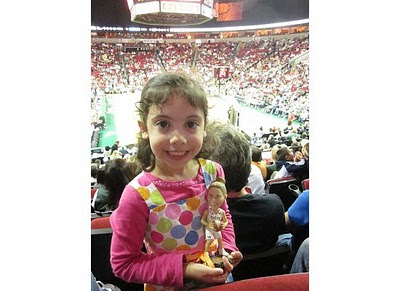 Princess G loved cheering and hitting those bammers together for the Seattle Storm and can't wait to go to another game soon. 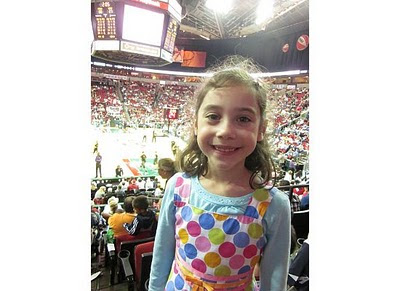 Princess A watched the game so closely and got excited for every 3 point score and there were quite a few. The girls lasted until about half way through the third period and considering the game started at their regular bedtime they did very well. We make the drive home and even picked up cones from McDonald's for dessert.

Have you been to a WNBA game this season? WNBA teams are Atlanta Dream, Chicago Sky, Connecticut Sun, Indiana Fever, LA Sparks, Minnesota Lynx, NY Liberty, Phoenix Mercury, San Antonio Silver Stars, Seattle Storm, Tulsa Shock, Washington Mystics. Would you like to go? Just go to TicketMaster.com/wnba and enter the promo code WNBABLOG for discounts. Each team has different discounts and if you click here you can see the list for each WNBA team discount.


I wrote this review while participating in a blog tour by One2One Network on behalf of WNBA and received tickets to the game we attended to facilitate my candid review.
Posted by noreen at 11:36 PM