National Night Out and First Sleepover 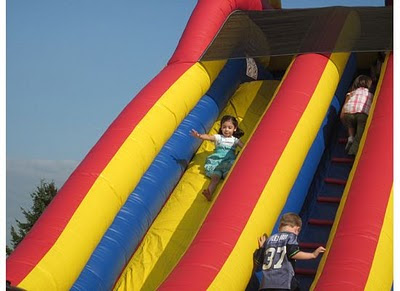 Our neighborhood has a huge gathering for National Night Out (yes I am behind on my blogging) and this year we went. Last year it was during the heat wave and over 100 degrees so we stayed home. the girls were so excited we could go. The first thing they did (after barely eating a hot dog) was to go on the giant slide. 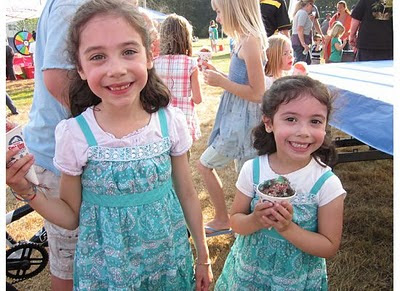 After lots of slides and bouncing it was time for a snow cone break. They both got all the colors which blended to make grayish-brown. 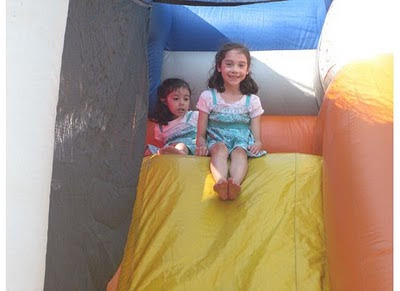 They each had a cotton candy and went back for more bouncy houses. 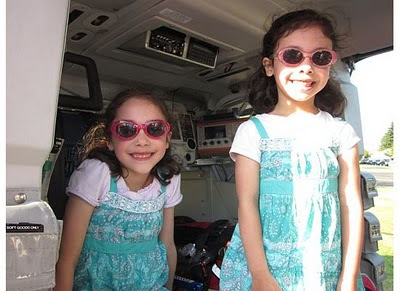 Eventually we went to check out the rescue helicopter. The girls each got to sit in the cockpit and the back. 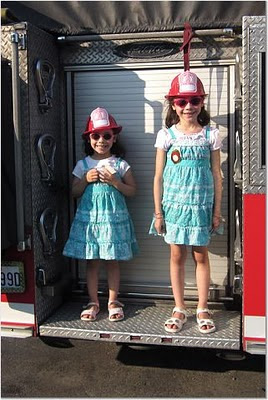 Next we climb on and in a fire truck. 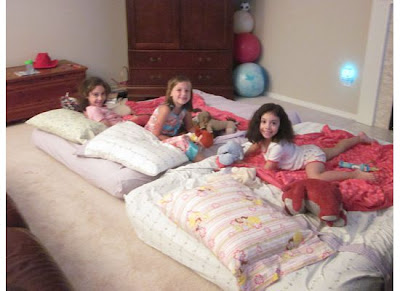 After it was all over we went home and the girls had their first sleep over. Princess A's friends spent the night. It was a series of musical beds. First they were downstairs on air mattresses as seen above. Then they decided not to sleep downstairs and ended up in the guest room. The friend on the bed and each of the girls on their own air mattress. Later the friends was lonely and tried to join Princess G and she did not like that. Princess G ended up sleeping in my bed (Daddy was away on business) and then Princess A and her friend each had their own mattress. My girls were asleep by almost 10 pm. Their friend had a harder time but was asleep by 10:30. The girls had fun but I think we will wait until next summer to do that again.
Posted by noreen at 10:25 PM