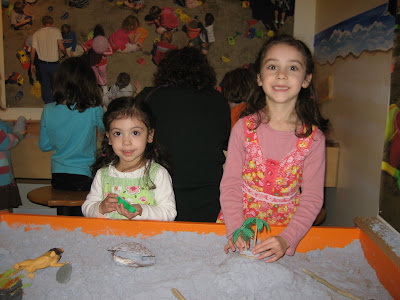 A friend's membership to the Children's museum was ending and she invited us for one last trip. The girls had so much fun. Here they are playing in the sand exhibit. 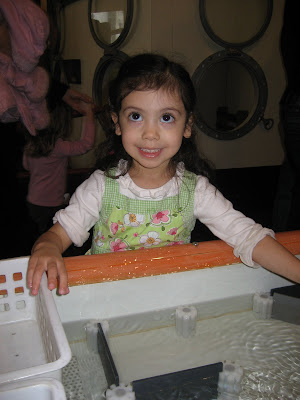 A favorite is the water area. You add or take away boards to change the speed and direction of the water flow. The first time we visited my mom was not watching closely enough and Princess A half fell in and had to get a new shirt to wear. 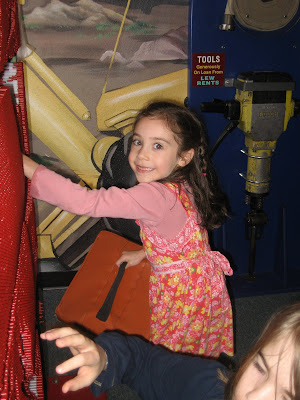 Princess A ran over here while Princess G kept playing with the water, she was racing rubber duckies. 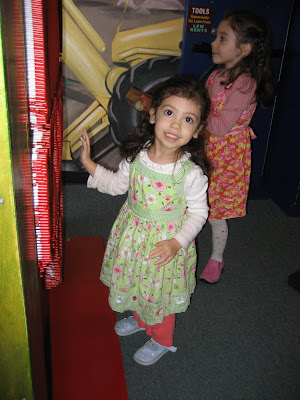 Soon Princess A enticed her sister to join her in pushing the pegs back and forth. 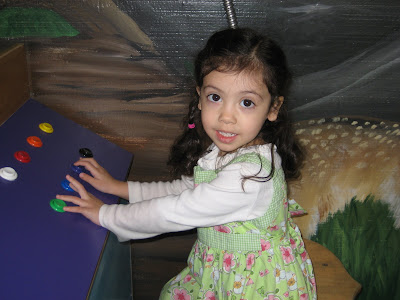 Next we went to play on the stage area. Princess G liked pressing the buttons to play the sound effects, thunder, music, applause and such. 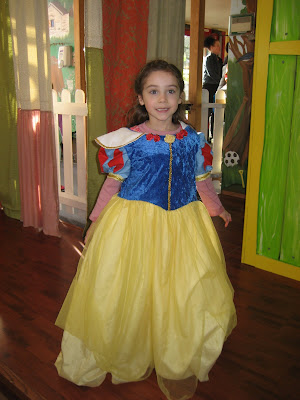 Princess A put on a show as Snow White. 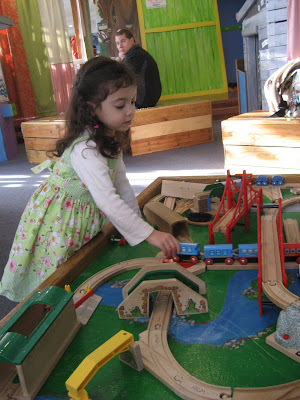 Princess G found the train table and stayed for a while. 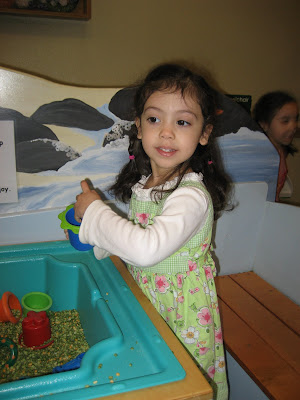 The girls then wanted to play in the toddler area. The split pea were a hit with Princess G. 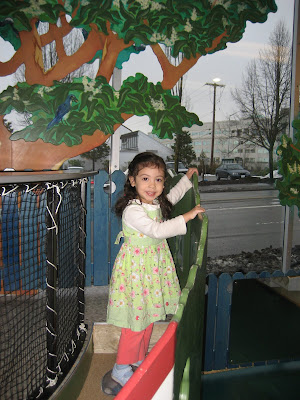 They both like going up the walkway to play in the light house. 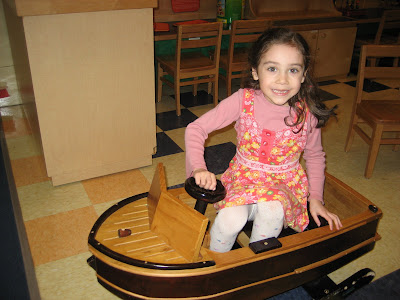 Princess A even squeezed into the rocking boat. 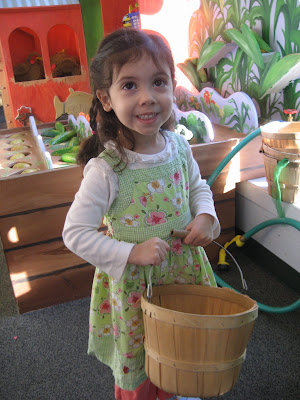 Right before we left Princess G decided to collect some food, 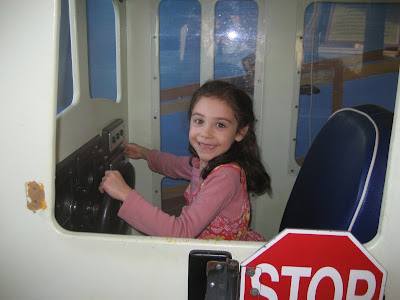 which Princess A packed up and delivered!
We have a few Children's museums within driving distance and I have to say this one is my favorite.
Posted by noreen at 2:36 PM