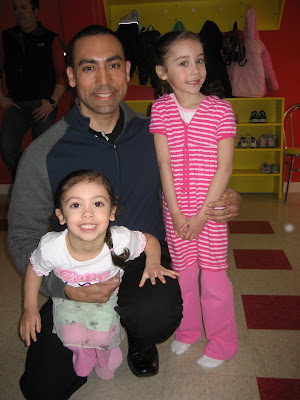 Last June we attended a party at a Jump place and as soon as we left Princess A asked to have her next party there. I was just planning a party at home but Daddy agreed it was a great idea. 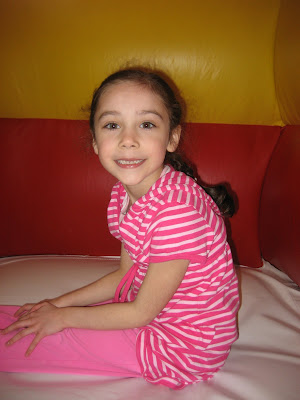 There are three inflatables to play on, the slide, the obstacle course and the jumpy house. Princess A went for her favorite, the slide. After a few slides she came and got me to slide with her. 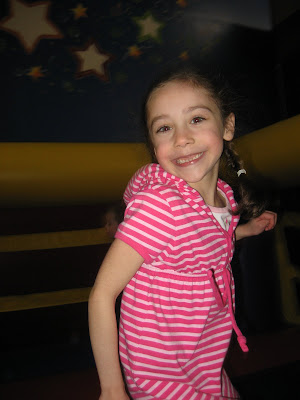 Next we did the obstacle course and then the jumpy house. Everyone was having so much fun. 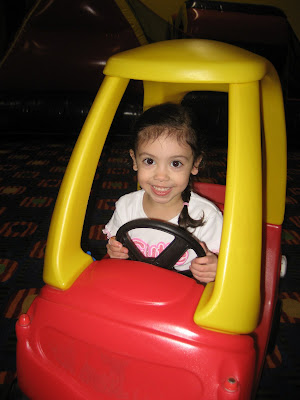 Princess G went on everything too, she even found a little car to play in! 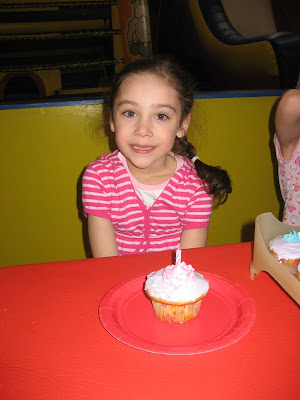 After an hour of running and jumping it was time for cupcakes!!! I tried to make a rose but the icing was a little too thin so it was a little floppy. Princess A still thought it was "The most beautiful flower ever, Mommy!!" If she loves it so do I! 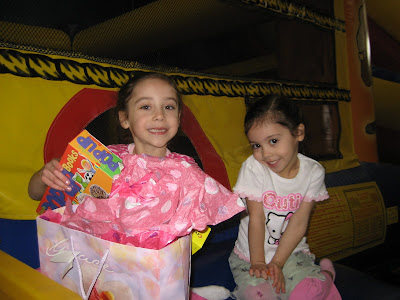 Next it was time to open gifts. Each child got to sit next to her while she opened their gift. Princess G wanted to give her a present too. 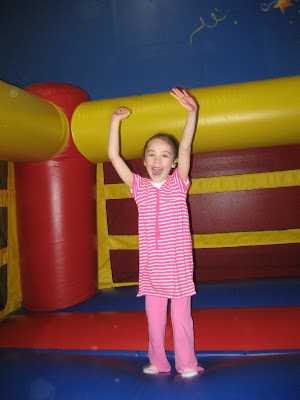 After opening gifts the kids had almost another 45 minutes to wear themselves out. 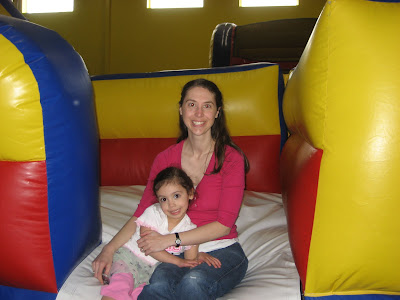 It was a great party and after the two hours most of the kids were tired. The girls actually had swim practice later that day but we skipped it. I found out later the showers were closed at the pool so I was even happier we did not go.