The Rest of Princess A's Birthday 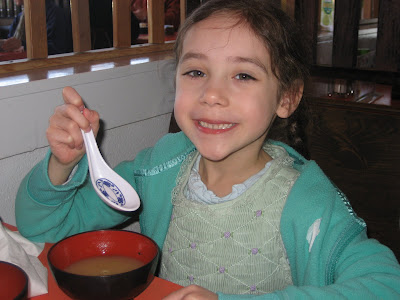 After we left the Wolf Lodge Princess A wanted to go our favorite Japanese restaurant where we used to live. We started going to the restaurant when Princess A was less than 9 months old. We used to go so often that when we showed up they brought out a plate of cucumber slices and tofu cubes for her to snack on. I think the place was sold or at least the lady who was always there is gone. The new lady is not as friendly and never remembers us. Princess A always wants a bowl of miso soup to have all by herself. Princess A also loves the California rolls but we forgot to ask for it without the roe so I had to bite off all the roe before she would eat them. 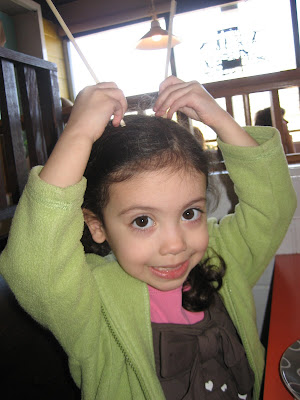 Princess G also loves the food but she likes the teriyaki chicken and the salad the best. She has never been a huge fan of tofu unlike Princess A who can just eat it plain. They both also ate lots and lots of rice! 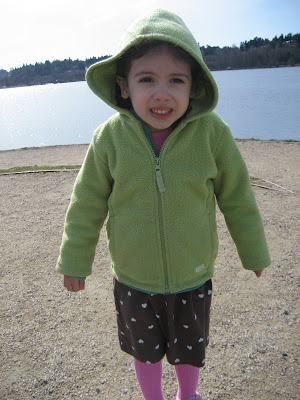 Next we went for a walk around the lake. It was a little cold so we just climbed up a small hill. 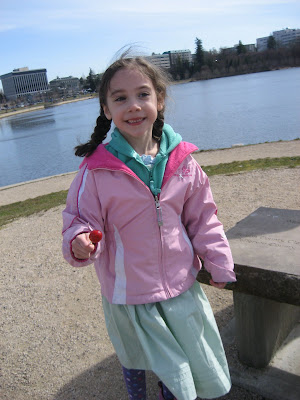 Princess A and her sister sort of raced to the top, but Princess A didn't want to drop her lollipop so it was a kind of fast walk. 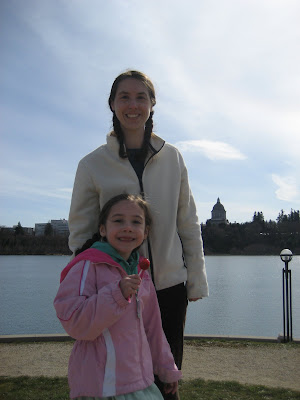 Even though it was very cold it was so clear and beautiful. 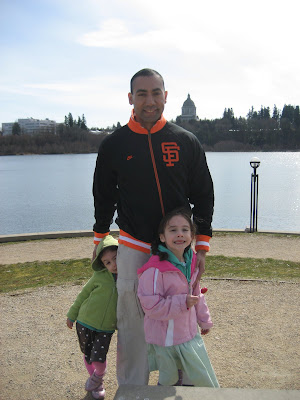 Princess G decided that Daddy was great as a wind breaker and hid behind him.
All in all a great birthday. We just had her birthday with her friends yesterday and she says that she had a great birthday. What more could a Mommy ask for!
Posted by noreen at 10:29 AM