Searching For Leprechauns all Day 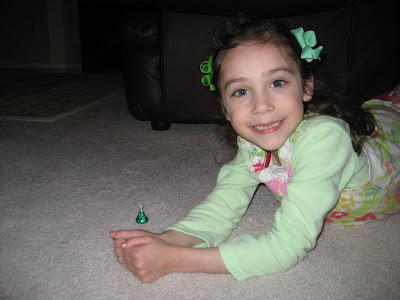 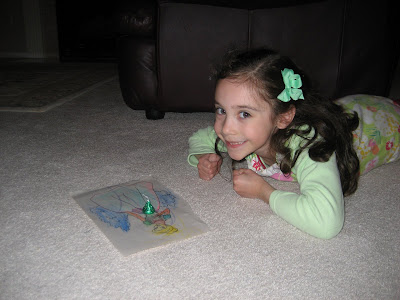 The princesses left out three green kisses and one of them went missing. (I think leprechaun Princess G ate it.) Then Princess A left the kiss on a pretty picture to make it even more enticing! 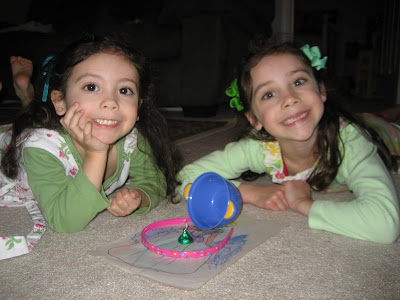 The girls then set up traps all over the house. Next they pretended to be asleep, searched the house and 'heard' footsteps on the stairs.

Since none of the ideas worked Princess A called my Mom (she is half Irish) and left a message asking her how to catch a leprechaun. Nana called around bedtime and told them. First you have to give them an Irish name, call out their name, clap three times and turn around very fast. If you are lucky you will see a streak of green as they run away. After that phone call Princess A tried it over and over. (That tricky leprechaun was just too fast!) 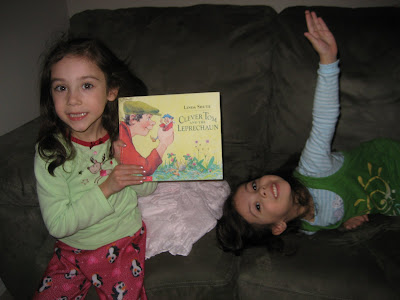