Princess A did not have school on her birthday so the day before we drove to the Wolf Lodge as soon as she got out of school. 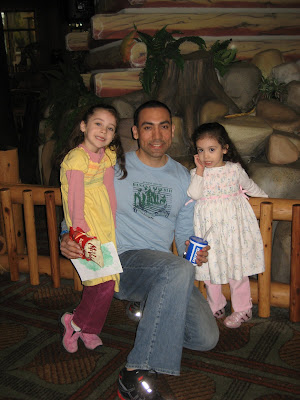 We went to the Wolf Lodge for my birthday last year and the girls wanted to go again, Princess A's birthday seemed the perfect excuse. As soon as we got there we changed and went on the water slides. 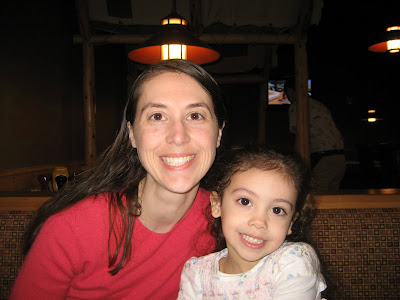 After awhile everyone was hungry so we decided to try out the restaurant.
I ordered a buffalo cheese burger which was pretty good. 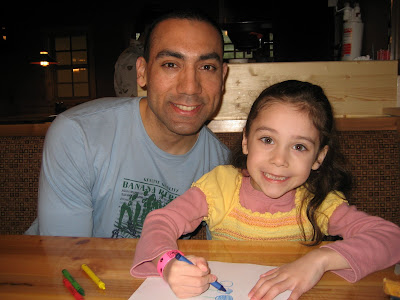 Princess A signed up for their kid club the last time we went so she had a postcard for a free meal that came in the mail not too long ago. They also gave her a cupcake and sang her a birthday song. The song was cute but the cupcake was not good. The frosting was alright but I think the cupcake had been frozen and was very old and dry.
We went back to the water slides before finally heading off to bed! 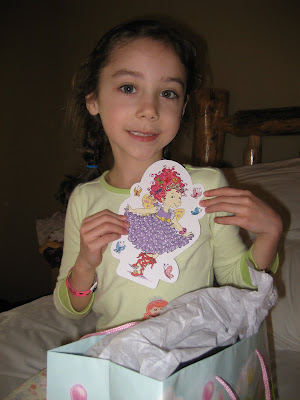 The next morning it was time for gifts!!!
Her favorite gift was the Wedding Girl Cinderella.
She didn't think we were going to get it so she was very surprised. 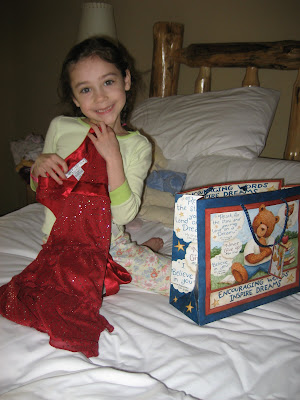 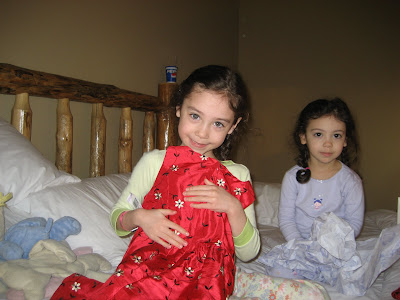 I got her two very fancy dresses that both twirl!
She told me two days before her birthday that the dresses were what she wanted the most for her birthday (she had given up on the Wedding Girl Cinderella), luckily I had already bought them! 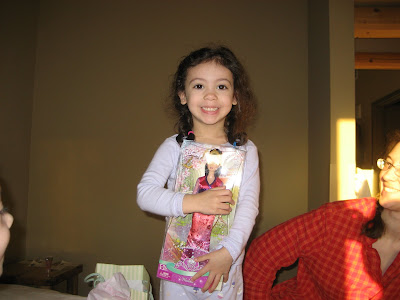 Next Princess G got to open her gifts, Mulan and a dress.
(We always get a small gift for the non-birthday girl.) 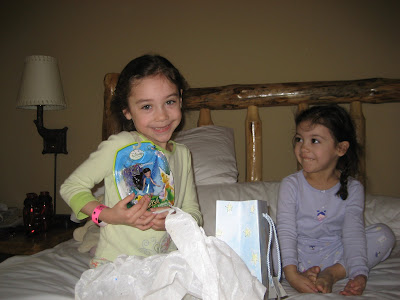 Then Princess G gave Princess A the gift she picked out, Silvermist (a friend of Tinkerbell) 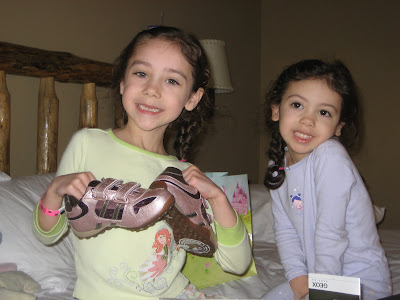 Princess A also got shiny new shoes, she needs to grow a little bit before they fit. 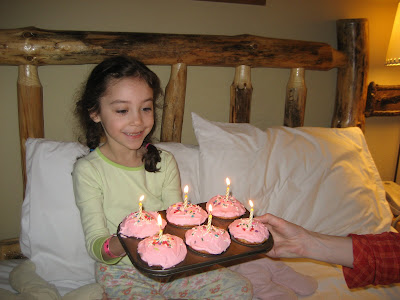 Next it was time for cupcakes, I had hidden them so when I pulled them out she was very surprised. We found out later that her birthday wish was for Wedding Girl Cinderella, which she had just opened a few minutes earlier. 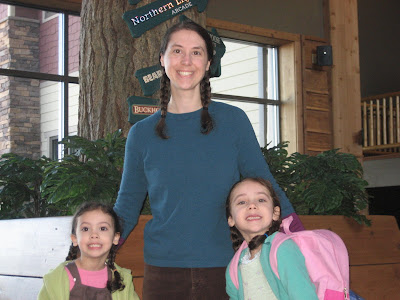 We went on the water slides some more before we decided it was time to go. 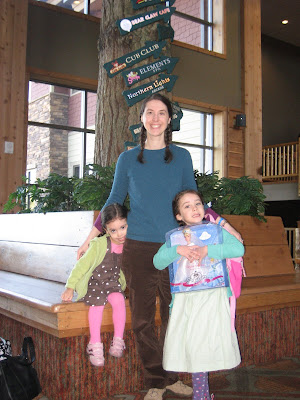 Princess A held her favorite present in her arms to make sure we didn't forget it and so she could keep looking at Cinderella. Princess G is wearing her new dress. As this was Princess A birthday we did not go straight home but I will post the rest later.
Posted by noreen at 6:55 PM