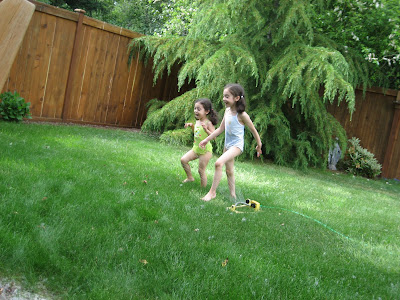 As I said in my last post we had a heatwave a few days ago. The temperature was in the 90s. The previous record high was 87 degrees for that day. The girls were disappointed we weren't going to take great-grandma Jean to the zoo but the first run through the sprinklers this year helped. (The new dresses and ice cream cones from McDonald's helped too.) 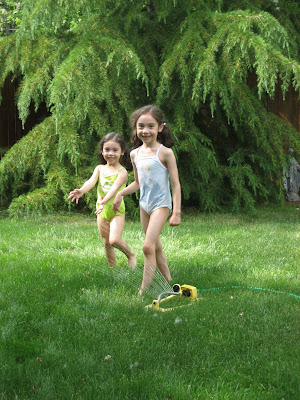 As soon as I said they could run through the sprinkler they were taking off their clothes and putting on bathing suits. 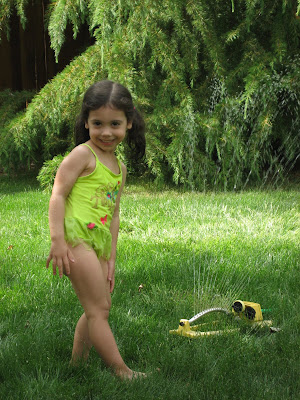 Look at that happy grin. They were just so excited! They have been waiting for a warm enough day for weeks. I did not think it would come until July or at least the end of June. 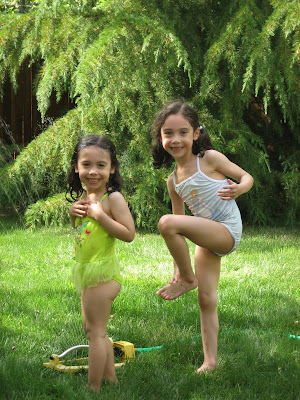 I really should of put on my own suit! Next time!!! 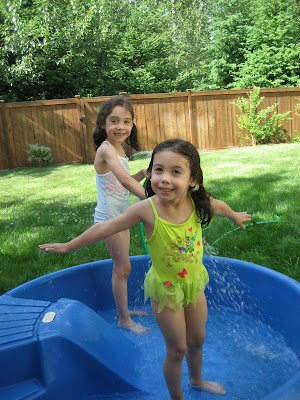 Of course I was also scrubbing the kiddie pool so they could go in it. We leave it on the side of the house over winter and it does get a little dirty. Once they were done I left the water in the pool since the next day was suppose to be almost as hot. It wasn't at all. The next day did not even reach 80 degrees. Needless to say it might be a while before we play in the sprinkler or kiddie pool again.
Posted by noreen at 7:50 AM