Trip to the Zoo 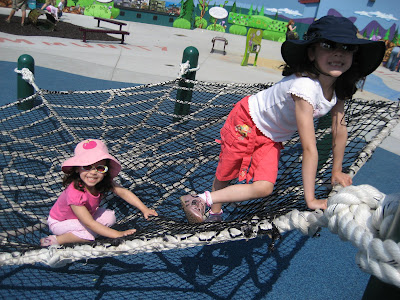 Princess A lost her second loose tooth Wednesday and we went to the zoo to celebrate. (We were suppose to go with a friend of Princess A's who is moving in a week but they had too much packing left.) When we arrived I let the girls decide the itinerary. They picked the play area first, which we usually do near the end. 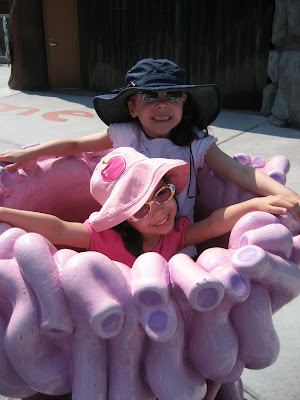 They always love to play on the giant sea anemone and the spider web above. 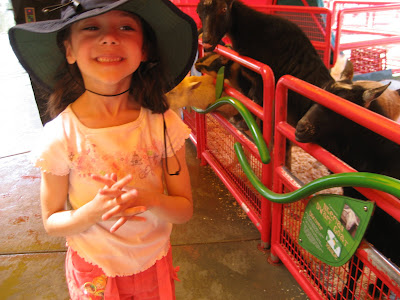 The girls wanted to feed the goats next. 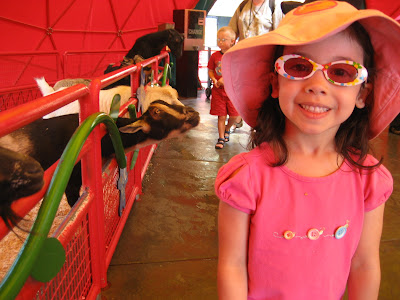 Last time we went Princess G was still a little hesitant with the goats but this time she couldn't wait to feed them. Princess G wanted to make sure that each goat got a least one treat. 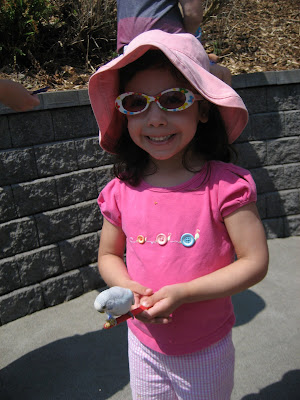 After seeing the elephants, tigers and monkey we went to the new budgies exhibit. I bought each of them a seed stick and Princess G got a bird on her stick first, a blue one just like she wanted. 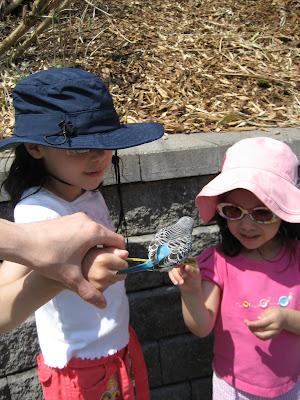 It took a little longer for Princess A to have a budgie land on her stick. The bird was spooked before it finished the seeds. We stayed longer trying to get a another bird to land but they were not hungry. 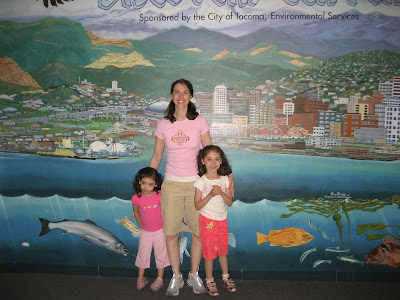 Here we are in front of the mural in the aquarium. 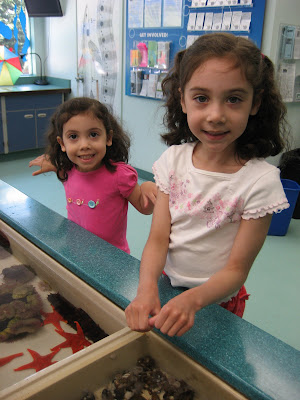 Another favorite, after visiting the seahorses, is the tidal pool area where you can touch the sea creatures. After a quick visit to the bathroom we came back and had it all to ourselves. Princess A was asking about what each of the creatures ate and we got to watch the sea anemones being fed. 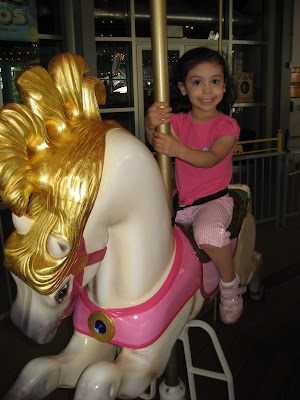 No visit is complete without a squished penny, a small glass animal and a ride on the carousel. 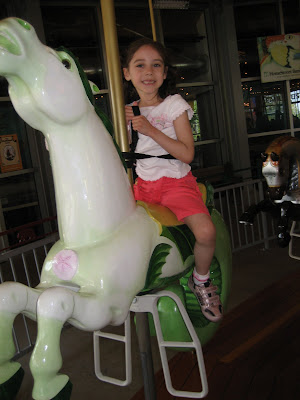 The carousel had broken down but just as we walked up they needed volunteers for a trial run. We hopped on and had an extra long ride. We will have to make many more trips before our membership ends at the end of July.
Posted by noreen at 7:38 AM