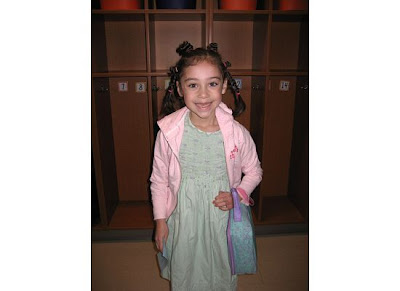 Princess A had crazy hair day at school and the night before (while she was suppose to be sleeping) she drew a hair design. I think I got pretty close. She wanted four mini-buns in the front and in the back she wanted a ponytail in the middle and a braid on either side. 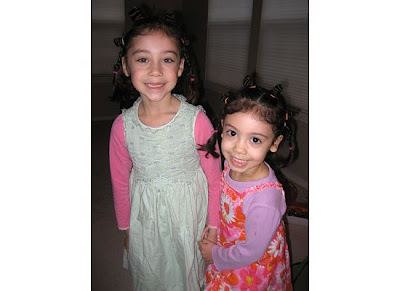 Of course Princess G wanted the same hairstyle. All three of us got up early and the girls really helped me so I could spend lots of time on their hair. Princess A even made her whole lunch by herself (I usually make the sandwich). Once we arrived at school Princess A proudly told me that she had the craziest hair in her class. (She told me at the end of school that she probably had the craziest hair at school!) 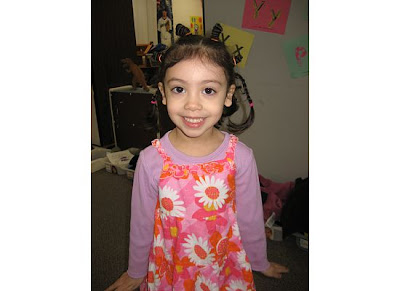 Princess G also went to school and she easily had the craziest hair at school since she was the only one with crazy hair. When we first arrived at her school a few kids stared with their mouths open. Princess G was just simply excited that she had crazy hair.
Posted by noreen at 11:07 PM