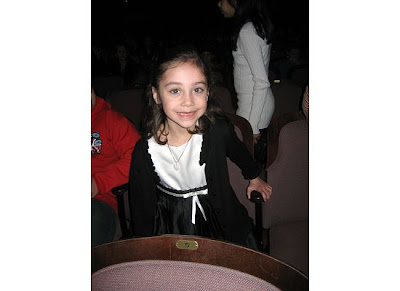 Princess A was so excited that her photograph was competing at the District level again, just like last year. Her picture did not go on in the competition but we are still so proud of her. 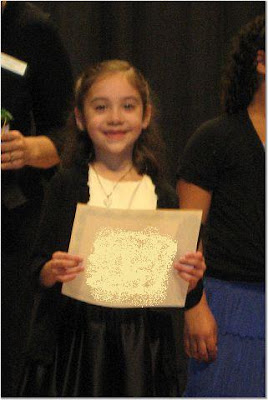 Last year the District reception was at a Junior High, this year they had it a High School so they could have it in a theater. The idea was nice but it took forever! From 6pm until almost 8:30. My poor husband had come straight from the airport and had been up since before 3am. About half of the schools did not attend, I can't imagine how much worse it would of been if they had. Finally they get through all of the kids and are they done? NO! They spend the next 25 minutes talking about the great job the volunteers did. After each speech they called the person up to give them flowers and 90% had left (even though we were told repeatedly no one can leave until it is over.) We would of left early too but Princess A was sitting with her school in the front row. Now I appreciate all that the volunteers did but thank them at a PTA meeting, this night was for the kids (plus all the volunteers I spoke to just wanted to leave!) 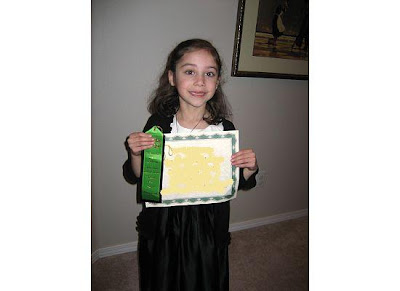 She was worth it. Princess A did say she loved being on stage (to receive her ribbon and certificate) but did not want to go next year. She still wants to enter the contest, she just wants to skip the District Reception. I have to agree. Next year I will see if we can just have another reception just at her school instead of one with the District.
Posted by noreen at 11:19 PM