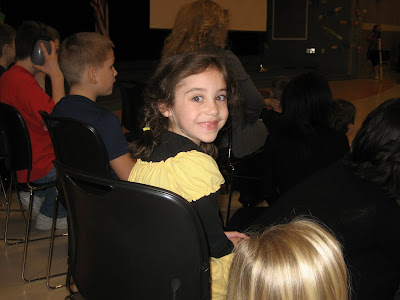 Each year Princess A's school concentrates on one culture and tries to incorporate it in learning and celebrations all year. This school year it is Chinese culture, while also including other Asian cultures. 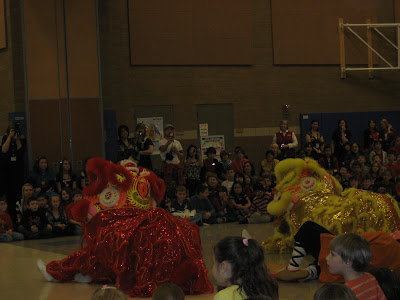 Earlier this week her school had a Chinese festival at school. Each grade level spent the morning learning different things tied to Asian cultures. The first grade classes learned origami, Chinese words and other things. During lunch Panda Express brought food and after the children finished their lunches they tried some Chinese food and learned how to eat with chop sticks. 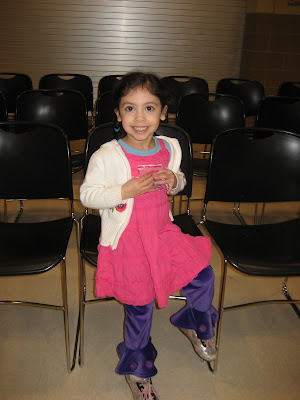 During the afternoon they had a large assembly and Princess G and I were able to attend. The teachers had a ping pong tournament, we heard from a former teacher who lived in China for for over seven years (and saw slides), heard some poems and then the best part some demonstrations!

The best part was the dragon dance. The dragons actually performed twice and in between they also did demonstrations of different martial arts.

As soon as we got home the girls made their own dragon and put on a parade. They had another one this morning. I still need to get a picture of their dragon!