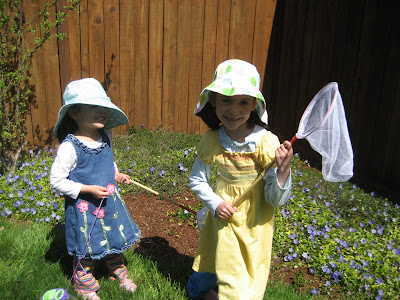 I picked up two butterfly nets at Target (they were in the dollar section.)
The girls couldn't wait to try them out. 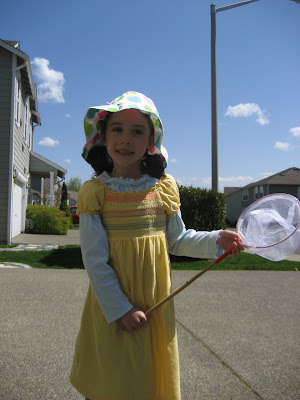 We did not see any butterflies to catch but Princess A found a frog.
We but it in the bug container that was from Princess G's birthday last year. 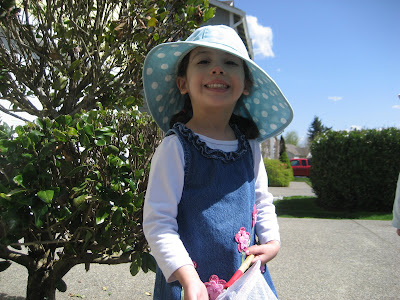 Princess G wanted something but the only thing I caught was a fly. 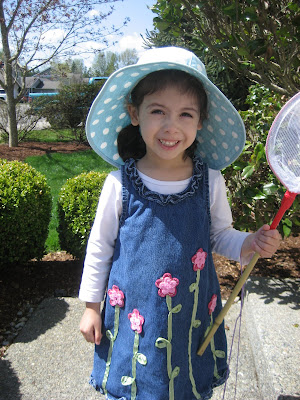 Then I caught another bug that was like a fly but also like a very small dragonfly.
Princess wanted to keep that bug. 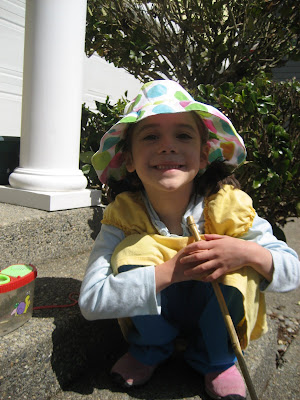 Princess A decided to feed the fly to the frog. I got the fly into the container and before I got the net out the frog was eating the fly. We missed the tongue action but could see the fly wing sticking out of the frog's mouth. Princess A really wanted to see the tongue so we tried another bug. The frog was not interested. After a while we let the frog go. 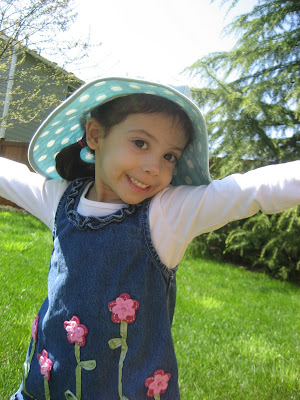 Princess G watched the frog jump a few times and then decided to catch it herself. I then put Bubbles (the name Princess A named it) in the bug container with Leaf (the weird bug Princess G named.) Princess G was worried for Leaf but the frog was still not hungry. 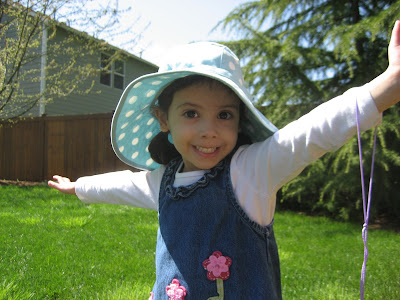 The frog survived a lot of dancing and happily hopped away when we finally let it go for good.
It never ate Leaf but Leaf did get squished from all of the hopping.
Posted by noreen at 7:07 AM