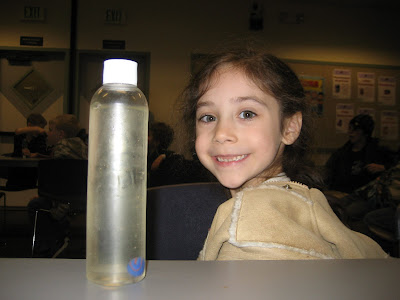 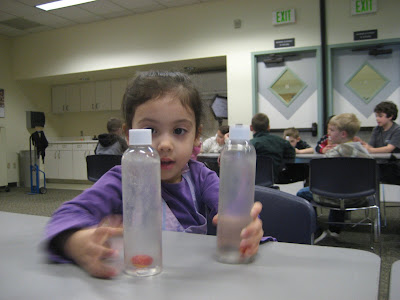 Princess G was probably a little too young but she still had lots of fun. Here they are exploring liquids with different viscosity. One bottle had water and the other corn syrup. They represent the different types of lava. Different lava makes different types of volcanoes. 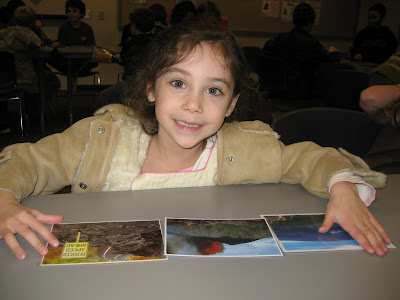 They got to sort postcards of cone and shield shaped volcanoes. 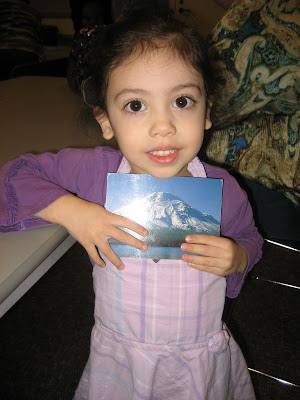 Princess G thought she got to keep the postcards (she is holding her favorite) and was a little sad to give them back. 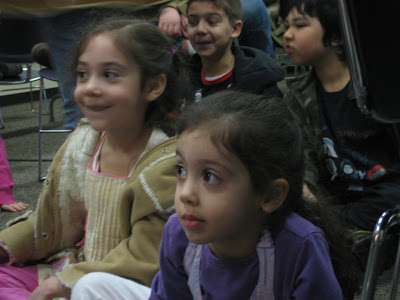 The best part was the exploding volcano. 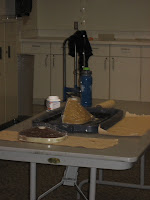 I just love science and it is so exciting to see that in my girls!