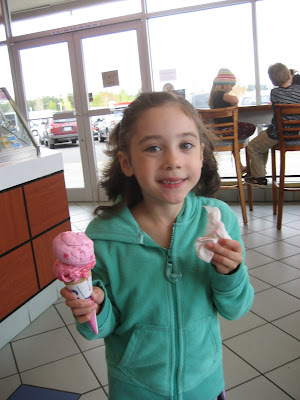 We just got home from Baskin-Robbins. This was the first time we made it to their 31 cent scoop night. The Princesses were just so excited to get double scoops (their first times.) Princess A picked Peppermint and Bubblegum. 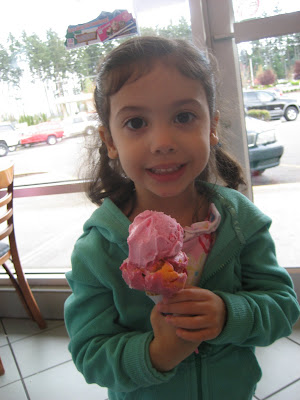 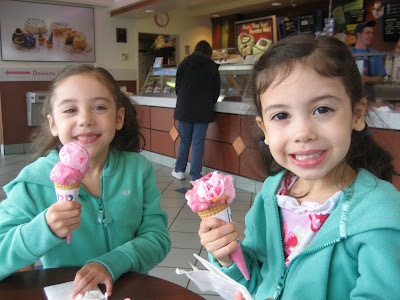 Princess A made a pile of the bubblegum to save for later. Princess G gave the bubble gums a few chews and then just swallowed them. 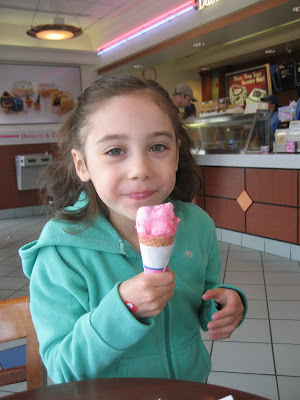 This about as far as Princess A got and asked me to eat the rest. Luckily I was almost finished with my double scoop of Daiquiri Ice. 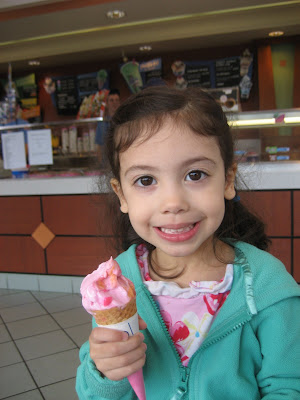 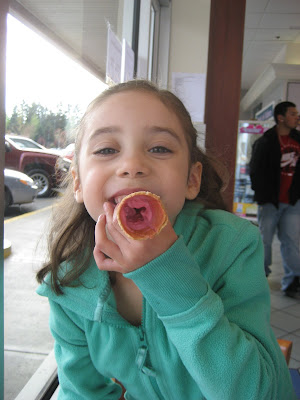 Princess A decided she wanted her cone back so she could bite the bottom off and suck out the last of the Peppermint ice cream. She carried the gum (in a napkin which I forgot in the car) to the car and shared some with her sister.
The 31 cent scoop last until 10pm so you still have time to run out.
Let me know if you go and what flavor you pick out!!
Posted by noreen at 6:24 PM