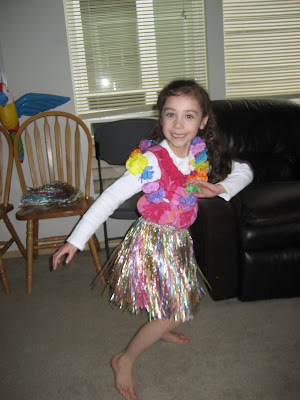 Princess A was invited to a school friend's birthday party and the theme was Hawaiian.
Princess A wore a Hawaiian dress that was her cousin's (her matching dress now fits Princess G) which my Mom had bought in Hawaii years ago. 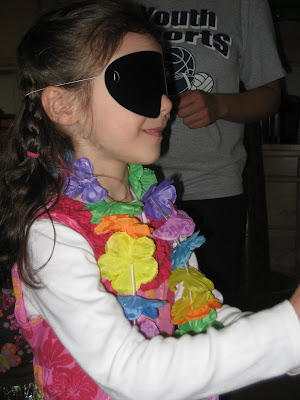 Princess A did pretty well on the Pin the Tail on the Donkey game, I always wondered why it was a donkey. Why not a horse? 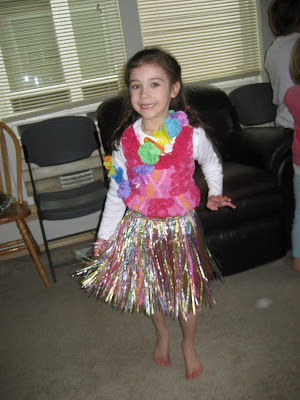 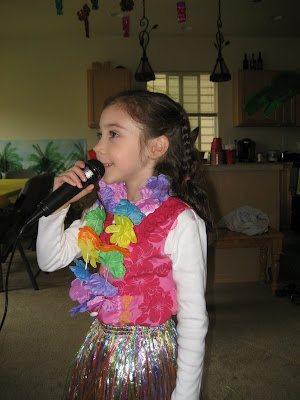 They also sang songs. The songs were all Hannah Montana and a group called Ashley and AJ, I think. Princess A had never heard of any of the songs but still had fun trying to sing. Now if the songs had been ABBA she would of known every word. A very fun party.
Posted by noreen at 3:12 PM