Building a Fairy House Outside 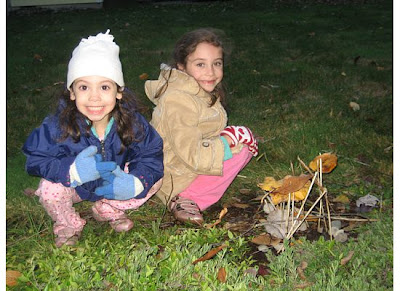 As soon as I mentioned the idea of building a house for fairies the girls were so excited. Princess A was sure that if they built a house a fairy would move in and that she would be able to catch it. First they collected all the big leaves and sticks they could find in the yard. They then built this house and added some stones for furniture. 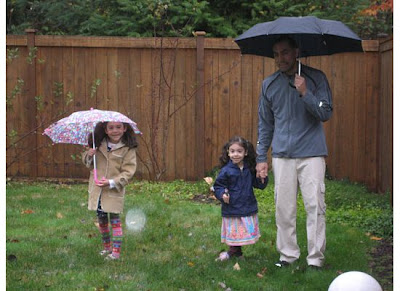 They made the fairy house late in the day and the next day as were leaving to go out for lunch (yummy Pho) they wanted to see if a fairy had moved in. They did not see any signs that a fairy had moved in but since it was raining we decided if one had moved the rain probably washed away the evidence of the fairy's visit. 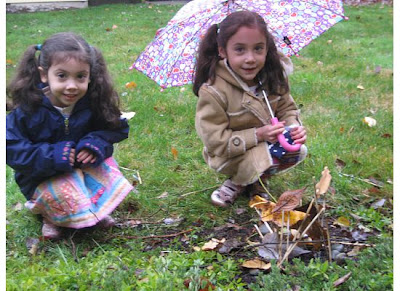 After lunch the rain was a little lighter so we checked again. Princess A said that some of the stones had been moved a tiny bit and maybe the fairy had moved in and was decorating it the way she wanted. The girls can't wait to make more fairy houses in the spring when they will have more materials to work with.
Posted by noreen at 11:10 PM