Princess A Won a WOW Award at School 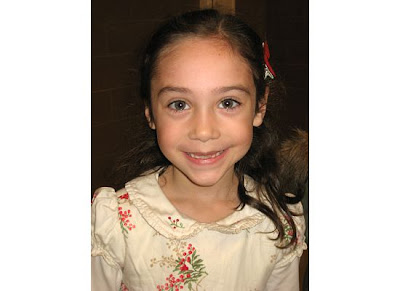 Once a month Princess A's school has an assembly and rewards students for being good. This month they singled out students who were responsible and caring. Princess A did not know she was going to receive the honor so she was excited and surprised when she saw us there. 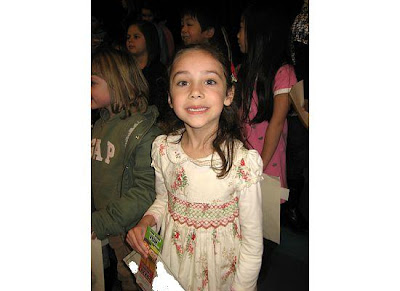 Here she is after receiving her certificate and prize (a coupon for a free taco). Last year she won a WOW award for for "Kindness and cooperation in kindergarten." I am so proud of her! 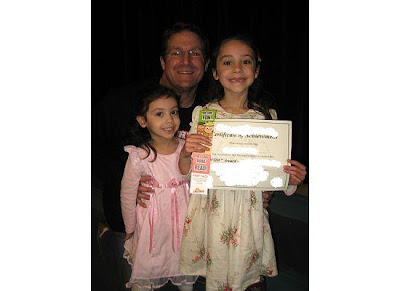 After the assembly the parents were able to take a few pictures, here the girls are with the principal. Princess G just hopped in the picture! 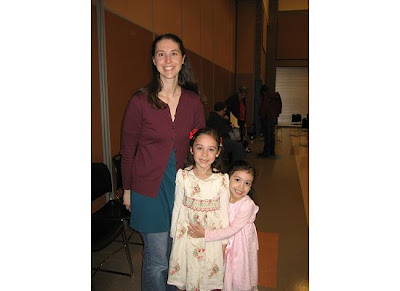 We are so proud of Princess A. She is doing well in school in all aspects, academic and socially. Earlier in this year her teacher told me that she is the type of person she hopes her own daughter is like. That was so sweet of her to say. 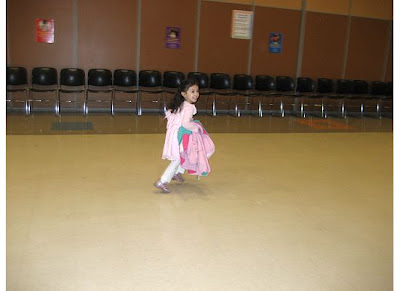 Princess A left for recess and Princess G ran around. She really wanted to go to recess with her sister and when we saw the principal he said to go ahead. 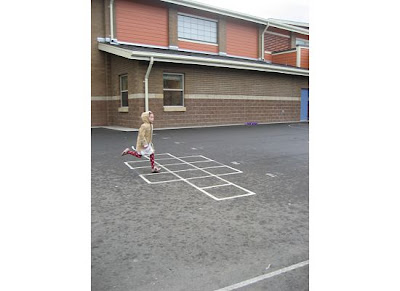 Princess A was so excited when we came out for recess, especially since I told her we weren't. 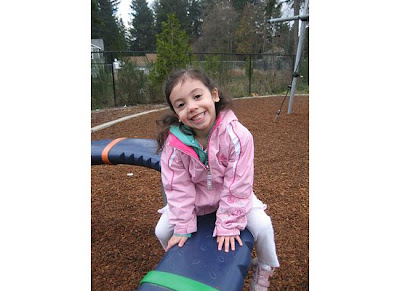 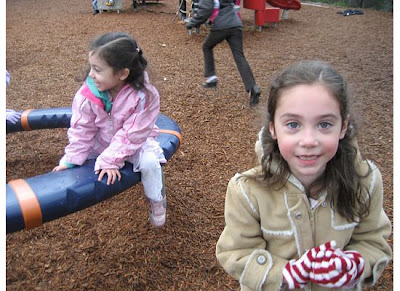 Princess A just wanted us to watch her run the track which we finally did when I was able to get Princess G off of the spinning circle. I did have to push her and about six other kids first. Once Princess A started running the track (a gravel path) her sister wanted to join her. Princess A sort of slowed down for her but was still very far ahead. When Princess G was on the other side of the field an older boy tried to stop her. The kindergartners and preschoolers are not allowed out on the field so I think that is why he said she could not go by him. I was just starting to walk over there when Princess G was able to explain to him about her sister (I could not hear as she was about 150 yards away but I saw the hand gestures) and he let her go by. I was so proud that she can stand up for herself with a older kid (probably 3rd of 4th grade so not that big). 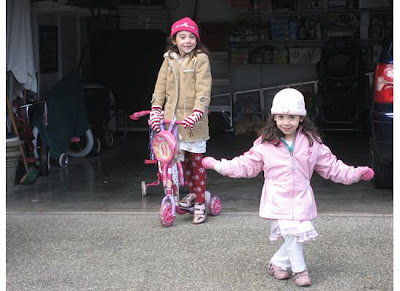 Once recess was over we went home for about fifteen minutes. Once we picked up Princess A all the girls wanted to do was to play outside even more.
Posted by noreen at 7:15 AM