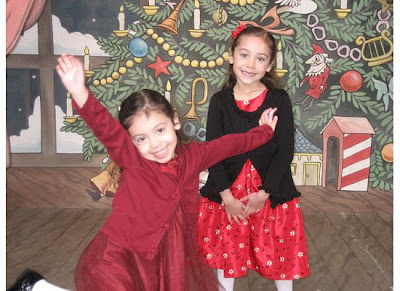 As promised our visit to the Pacific Northwest Ballet performance of the Nutcracker Ballet. This is our third year attending the ballet and it becomes more magical every year. The girls have been counting down the days for over a month! 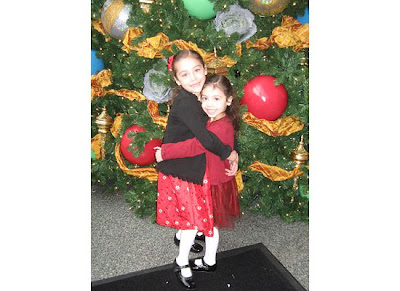 Besides the mini stage in the lobby for pictures there is also a giant Christmas tree. Princess G wanted to take a picture with her big sister. My favorite picture from last year was the two of them hugging. 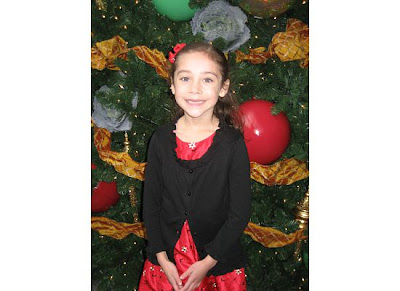 My beautiful Princess A, I love you! 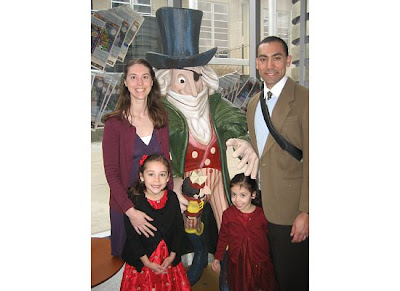 We always take pictures in front of all of the characters, we usually arrive an hour before the ballet starts just for picture taking and the crafts. 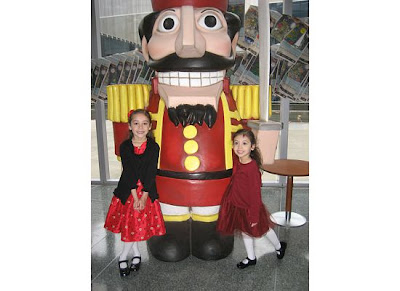 The Nutcracker! Last year Daddy bought them Clara dolls from the gift shop and at the time Princess A asked if they could get a Nutcracker next year. 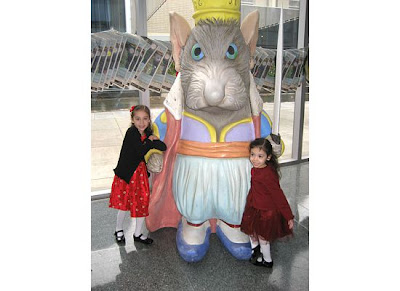 The girls always have so many questions about the Mouse King: Why is he so mean? Why did that mouse bite Princess Pirlipat? How did Clara know the shoe would stop him? 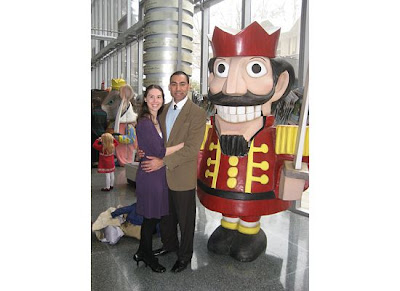 A rare picture of just my husband and I. (My husband's cousin came with us so I was able to be in some of the pictures!!) 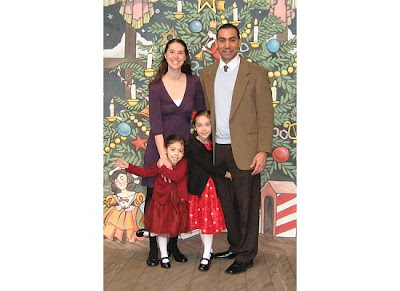 We truly love going to the Nutcracker and it has become our traditional start of our Christmas season. We always attend the opening weekend right after Thanksgiving. My darling husband actually ordered the tickets back in July. After this picture we did the crafts. There was one to make a crown/headband in the front lobby and another to make a Christmas tree out of pipe cleaners and a large Popsicle stick near the room with extra cushion seats for children. 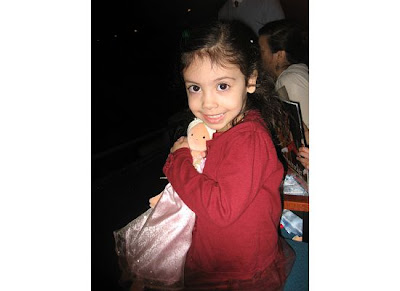 After we found our seats I took the girls for a little walk and when we returned Daddy had a surprise waiting for them. (A week earlier Daddy told them he had a surprise for them but when Princess A pressed him for clues he pretended he couldn't remember the surprise.) 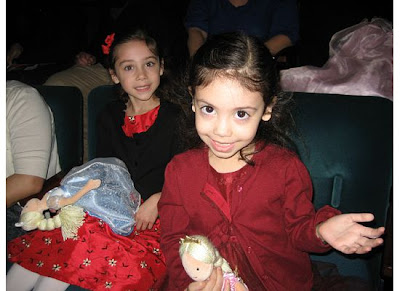 The girls had been asking for these dolls when we were at Target to buy their fancy shoes. Daddy surprised us all when they found them on the seats since he did not even tell me about the dolls. 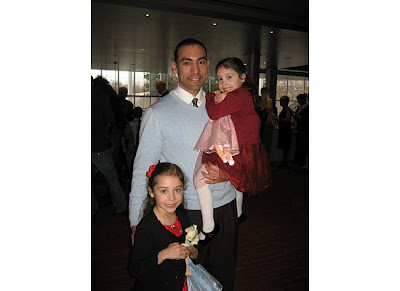 After a magical first half it was time for intermission. We spent the whole time in line for refreshments. We normally don't get refreshments at the ballet but Auntie Cathy (Daddy's cousin) wanted to treat the girls. It was very expensive, a very long line and the fun cookies were all gone by the time we got to the front. I doubt we will do that again. 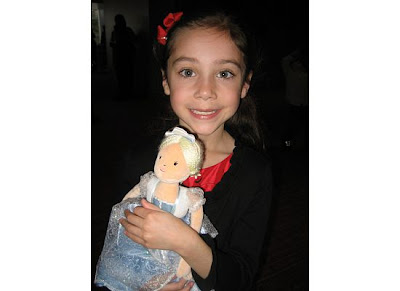 Princess A just loves her new Princess Ballerina and has been playing and sleeping with her ever since the ballet last weekend. 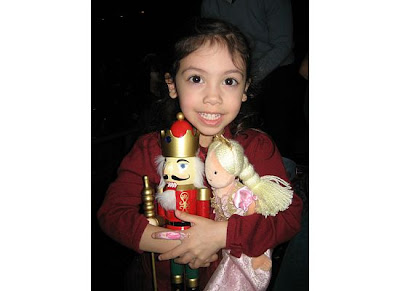 The ballet was so enchanting and we were sad to see it come to and end. Daddy had one more surprise (the one I knew about) a Nutcracker for each of them!! 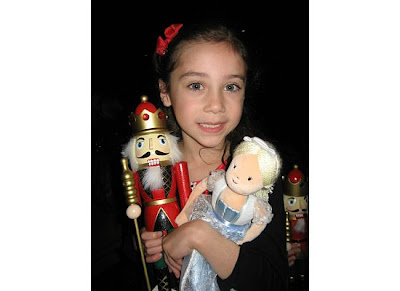 Princess A and Princess G have been re-enacting the ballet over and over all week. They both love their Nutcracker so much but I did have to stop them from sleeping with them. The Princess Ballerina dolls are much softer to sleep with. Princess G wants to go back for Christmas Eve, she told me on the way to school and then asked "Isn't that a good idea, mommy?"
Originally we were going to ride the monorail and find a place to eat after the ballet. It was so cold and such a huge crowd walking in that direction that we decided to drive partly home before getting dinner. After discussing for a while we all agreed to visit one of our favorite Thai restaurants. We had planned on having dinner there for our anniversary (which is today) but we will have to figure out somewhere else to eat. Princess G wants to have Pho. I guess we will figure that out later!
Posted by noreen at 7:15 AM