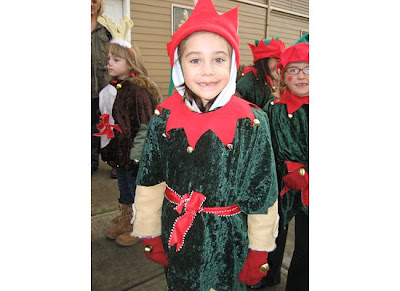 We were a little late but we finally found her troop and got her dressed. 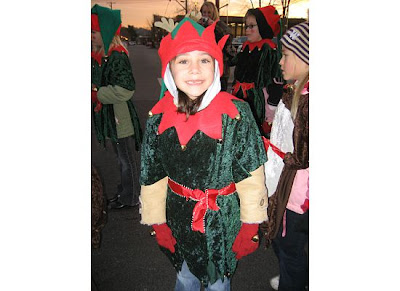 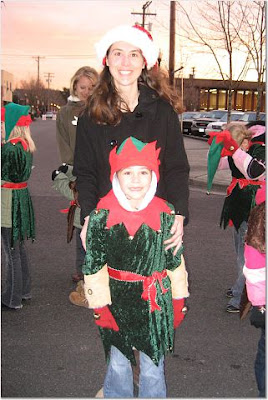 I was not planning on walking in the parade but I thought Princess A would want me to stay so I wore a Santa hat just in case. (The moms walking all wore Santa hats.) Right after I took this picture we finally started walking the parade route. 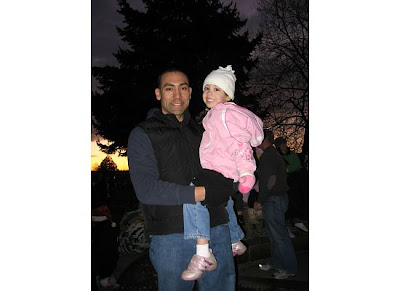 Here is our cheering section: Daddy and Princess G! 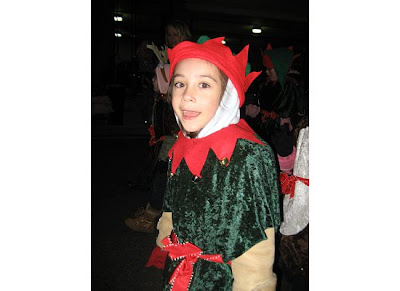 My little elf singing her heart out: Jingle Bells and Rudolf the Red Nosed Reindeer. 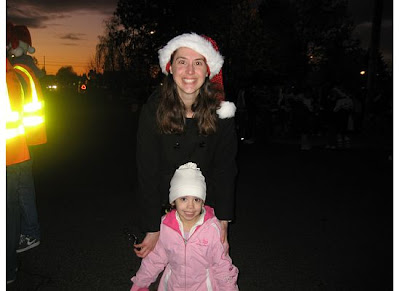 Daddy and Princess G moved to another spot to watch us walk buy again. This time as we passed by I asked Princess G if she wanted to join the parade and she did! 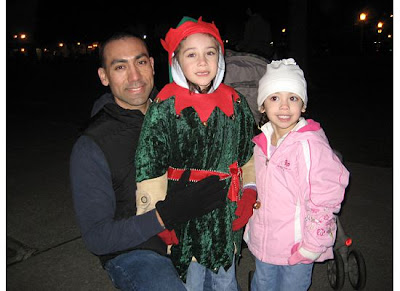 Poor Princess A she was freezing but still had fun!!! 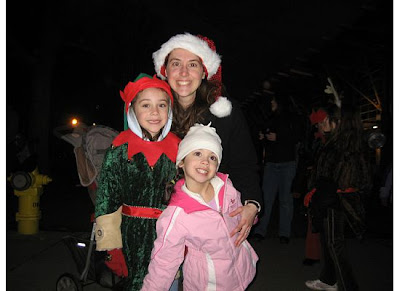 All three of Daddy's parade girls! 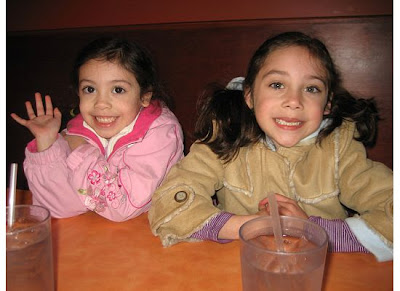 The parade was still going on but we hurried to the car and went out for soup, Pho since it is so hot. The girls were so excited they told out waitress all about the parade and she gave the girls a spring roll. Daddy also surprised them with strawberry bubble tea. They loved the strawberry part but were not so sure about the tapioca balls. Princess G decided she did not like them at all but Princess A did like them.
A wonderful but very cold time!
Posted by noreen at 8:55 PM