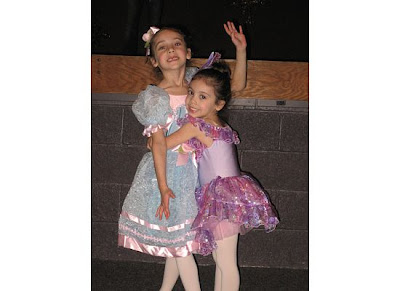 The last week of school was a week of ballet. Monday was pictures, Wednesday and Thursday two and a half hours of a dry run thorough and Friday three hour dress rehearsal. It was not fun and really kind of ridiculous for the little ones to practise that much. Because of that and the owner yelling at lots of kids (not mine) helped us decide to not continue with ballet. 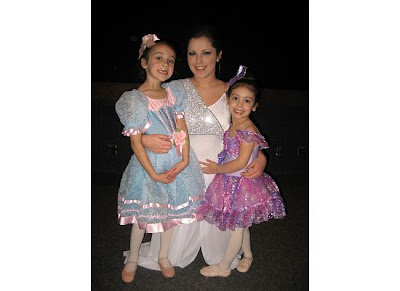 Here the girls are with their teachers. She is very sweet and a good teacher, but they taught the kids the routine and then taught them how to do the ballet moves. A little backwards. Also since they only started in mid September there really was not enough time to learn the routine and with so little time all they did were the routines. The girls started to find class boring. 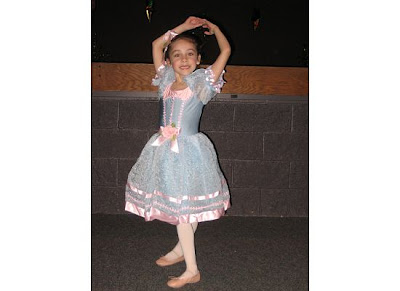 Princess A looks so sweet in her costume. 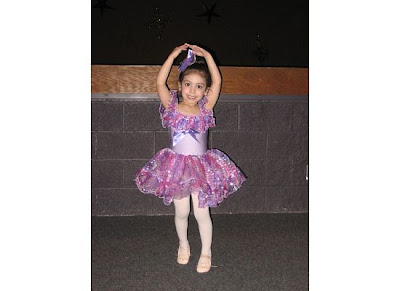 Princess G is just as sweet. 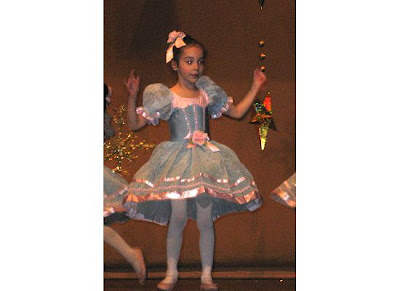 Princess A did wonderfully during the rehearsal, her dance was to the Waltz of the Flowers. 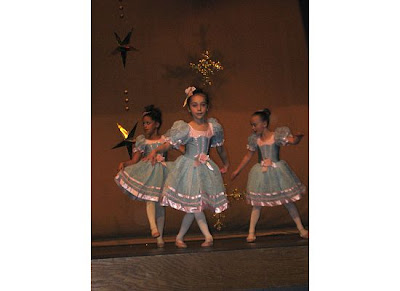 Filming and photos are only allowed during the dress rehearsal. I will post the video I took of their dances soon.

Princess G was just too cute during her dance routine, they danced to the Reed Flutes. 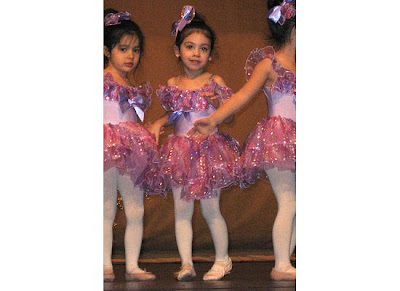 All of the students did a very quick finale dance that they learned on Wednesday. 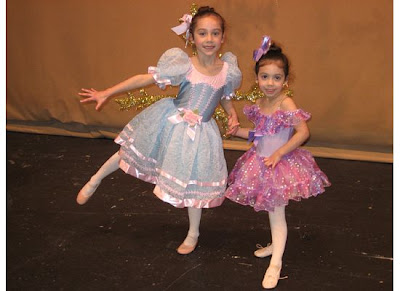 After the rehearsal we hopped up on stage for a few quick pictures.
The girls did wonderfully but were so glad to go home. The dress rehearsal started 30 minutes after Princess A gets out of school and the location was 30 minutes from our house. I was a little worried how I was going to get her there and fully dressed in times, especially since her dance number was the second one. I talked to her teacher and she suggested I pick her up about a hour before school got out since they would only be having recess and coloring. I am so glad I talked with her teacher because another little girl from her school missed her dance number and started to cry.
Posted by noreen at 5:51 AM