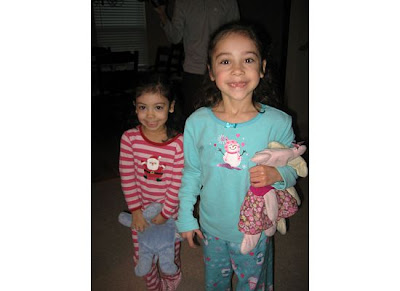 Princess G woke up first and climbed into our bed. She missed the special surprise Santa promised to leave, it was left on her bed. While Princess G was running back and forth to her room she woke up her sister. Princess A saw the surprise, a stuffed animal, right away. Here they are ready to run downstairs. 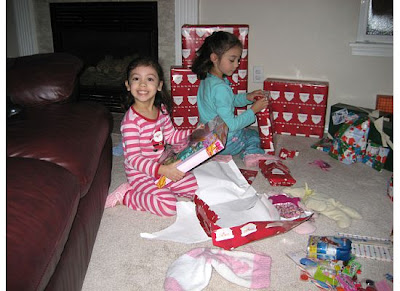 First we each went through our stocking (Princess A is the pink one in the forefront) and then the girls opened the presents from Santa. 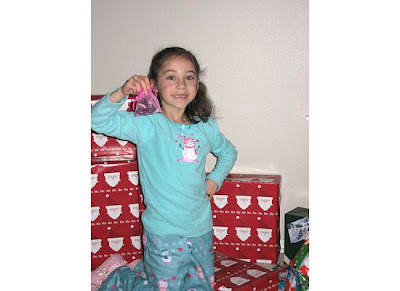 Princess A was so excited Santa brought her five stone hearts she asked for, she asked for one hundred rose quartz hearts but that was a few to many for Santa to get. 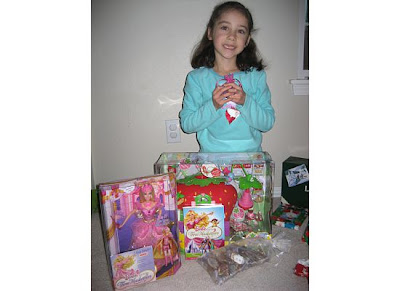 Princess A was so excited that Santa brought what she asked for, Strawberry Shortcake Cafe, Barbie Three Musketeers (pink) doll and movie and 5 stone hearts (she gave the one rose quartz one to her sister) plus 100 polished stones. 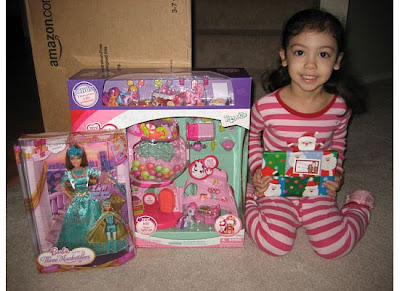 Princess G got her Twirly Whirly race car set (Santa did get the right one), her My Little Pony Unicorn Bakery (really a house but it does have an oven) and the green Three Musketeer Barbie. 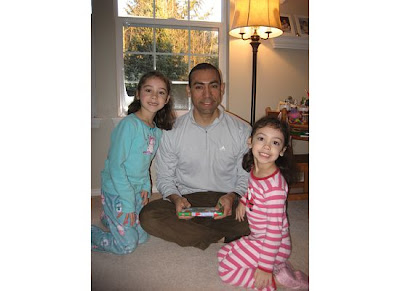 After the Santa gifts we took turns opening gifts. Here is my darling husband about to open his new Super Mario Bros game for the Wii. 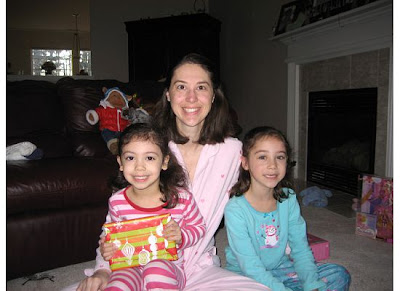 Next it was my turn to open my New Marios Bros game for the Wii. Yes!! We each bought the other the exact same gift and we opened them right after each other! We returned one and got a different game for my husband, Call of Duty: Modern Warfare: Reflex for the Wii.
I still find it sweet and funny we bought the same gift and we both enjoying it a lot. 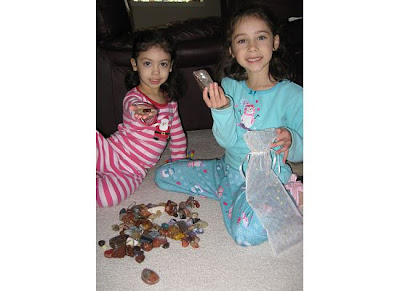 Here is Princess A with her 5 stone hearts and 100 polished stones. 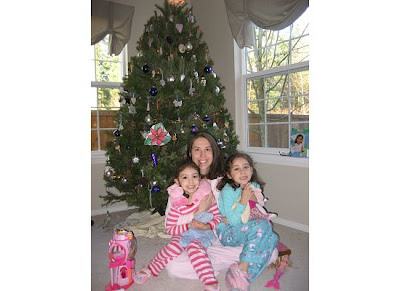 It was a lovely Christmas. The girls got what they really wanted plus a few surprises, they are loving the Legos and the Toy Story Mania for Wii. 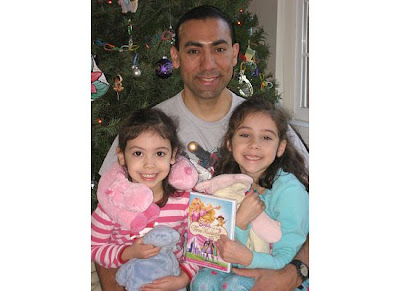 We really did have a wonderful Christmas, I hope yours was as well!!
Happy Holidays!!
Posted by noreen at 11:44 PM