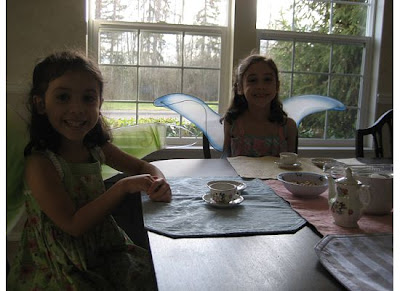 The girls wanted to have a fairy tea party.
(I had just purchased some plastic tongs to use as sugar tongs for the sugar cubes.) 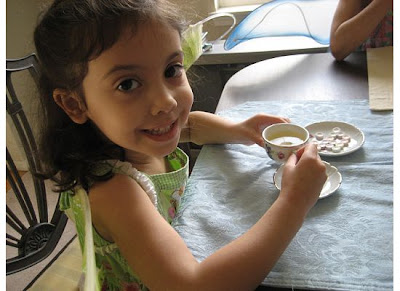 I made some Sleepy time tea and since every tea party needs snacks they also each had a plate of Smarties candy. 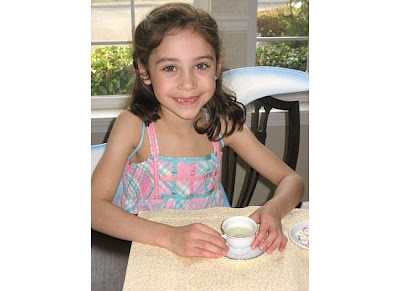 I picked some plastic tongs to use as sugar tongs (for sugar cubes). The tongs are much to big for the sugar cubes but the girls still liked using it. 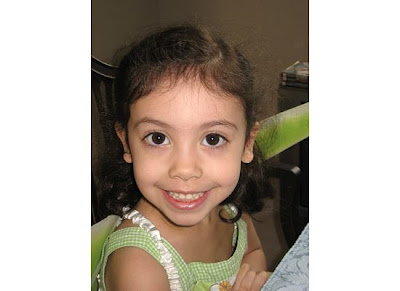 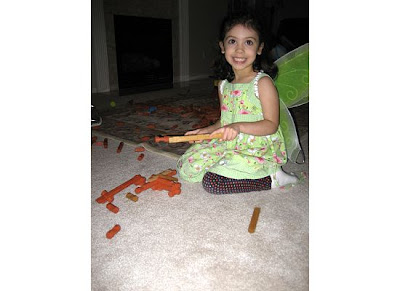 After the tea party they wanted to get out the Lincoln logs and 'make some creations!'

Since I was taking the pictures the girls wanted to make a movie. 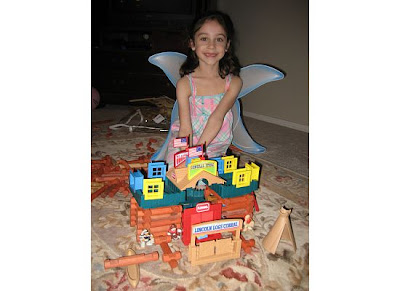 Princess A was so proud of her creation too! Usually she wants me to help her a bit but this time she wanted to do it herself. In fact the girls asked me to go upstairs and come back when they were done. They wanted to surprise me. When I did come down Princess A accidentally knocked down part of her creations. She asked me to not look until she fixed it. One it was done they both yelled surprise!
Princess A wanted to make a movie too!
Posted by noreen at 11:22 PM