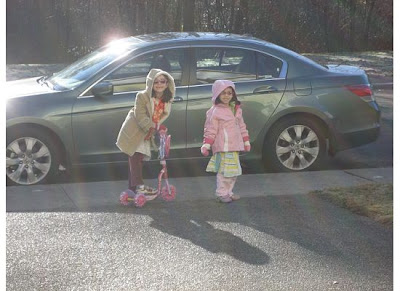 It has been freezing for awhile and mostly wet making it hard to get outside, plus a cough has been lingering in our house. The girls still want to get outside, so most of their school vacation we tried to get out at least once a day. They still love playing Bolt (Princess A is Penny on her scooter and Princess G is Bolt with zoom-zoom power). 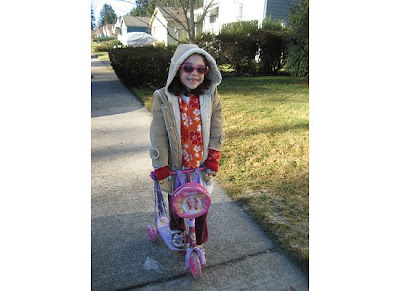 Princess A is always on her scooter. She has songs she has created just for scootering and they have so many games they incorporate. Currently they play restaurant, Three Musketeers, flood coming, bad guys, and Extraordinary Explorers (a Fancy Nancy book). Sometimes she gets on her bike but mostly the scooter. 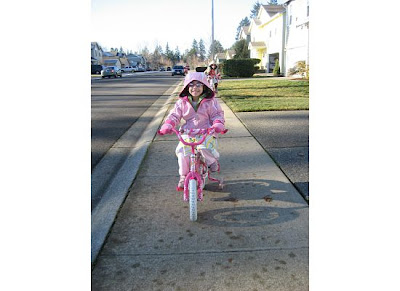 Princess G was only using her scooter until last week. Now the first half is on the scooter and then she gets out her bike. She really has gotten the pedaling down. Yesterday she biked down to the mailbox and almost back (she made it within two house of our house.)
The girls have been asking when it will finally snow. Last year we had already had a few storms and many snow days by now. I do hope that when the snow does come it over the weekend.
Posted by noreen at 2:34 PM