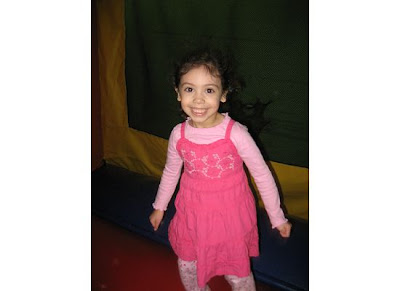 The girls attended a birthday party of Princess A's friends at a jump place. 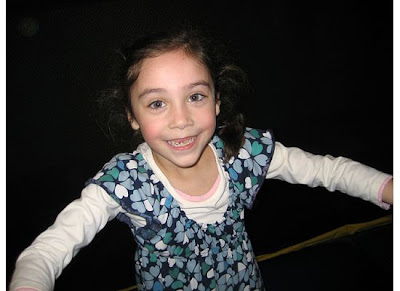 The little girl is a friend of Princess A's but she was sweet enough to invite Princess G too!
Princess A and the birthday girls were in the same kindergarten class for the first 2 months and this year they are in the same first grade classroom. 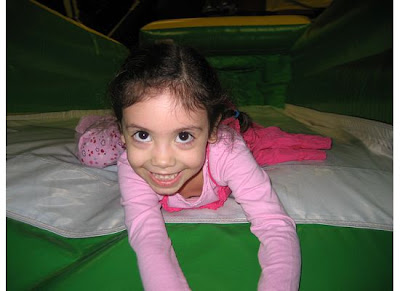 As you can see the girls were having a blast! 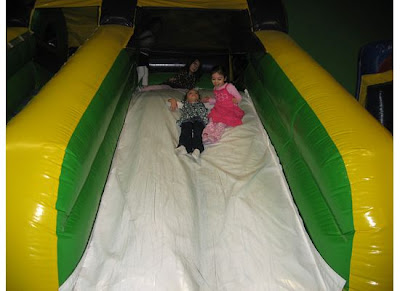 The girls had so much fun going down the slide over and over together. 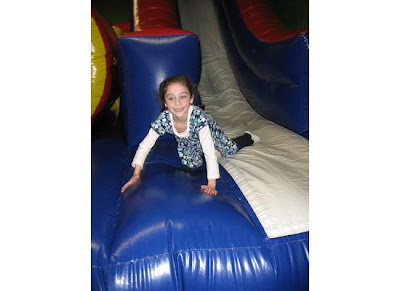 We had never been to this party jump place before. Last year Princess A had her birthday party a Jump place. In some ways this place was better, the area was smaller so the kids did not have enough room to run and therefore run into each other (happen at least once each time we attended birthday parties at the other place.) Also the inflatables were a little smaller so the kids were not going as fast. The drawbacks are that the attendant did not watch the kids on the inflatables. Kids were going down backwards, climbing where they were not suppose to and other things. I watched my girls so they did not do those things but no one else stopped the other kids. 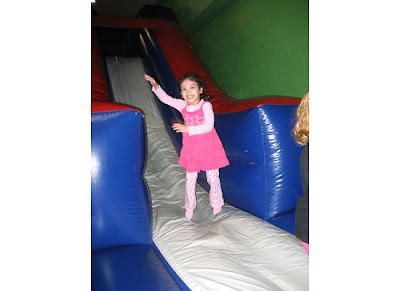 Usually at a jump place the party package allows 20 kids and charges more for each additional child. The parties are always better if you limit the total number of kids to about 12. That way ono one is spending a lot of time waiting and because of that there are less crashes. 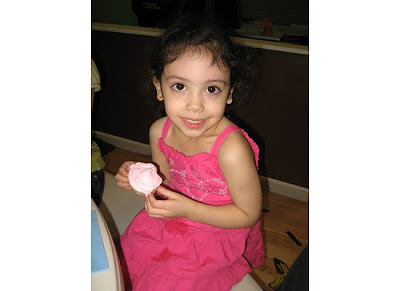 The girls both got so warm they wanted to take off the extra shirt they wore under their dresses. 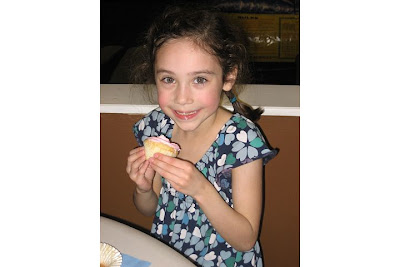 All of the kids played for an hour before it was time for cupcakes! 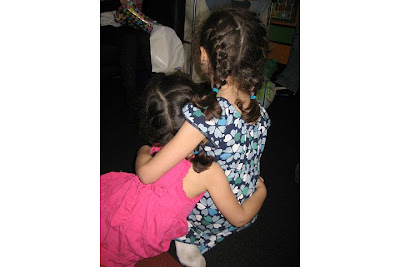 After cupcakes the birthday girls opened up her gifts.
I love this picture of my girls while they watched the gift opening.
I hope they stay this close all of their lives.
The kids all played some more and then it was time to go home. Princess G now wants to have her party here. We will have to see, for right now I am just concentrating on Princess A's Birthday Tea Party in March!
Posted by noreen at 11:15 PM