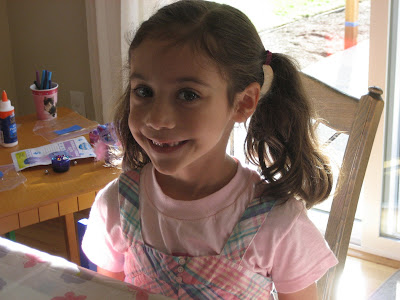 Princess A's friend turned six today and invited both of the girls to her birthday party. We have known them since Princess G was only a few months old. 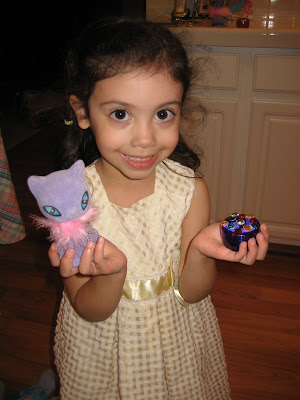 Each little girls got to design a bobble head cat (they each had pens to color and draw on the cats). The girls were so fast with the kitties that luckily a second craft was planned just in case. The girls made body glitter. They mixed aloe vera with glitter. The pink and purple containers were from the travel size toiletries section of Walmart. After the aloe vera was poured in the container, glitter was sprinkled on top and each girl mixed with a craft stick. Then the girls decorated the containers with plastic jewels and pompoms (my girls only used the jewels.) 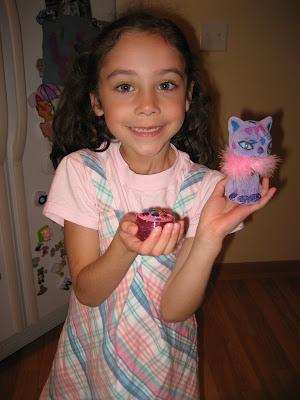 After all of the crafting all of the girls then just played, ate cake, opened gifts and went home. Now Princess A wants a party at home, which we have done every year but the last one. That makes me happy since a party at home is much less expensive. I think I might try and find another nice tea set and have a tea party like the one Princess G had this summer. Of course I have plenty of time since her birthday is in the Spring.
Posted by noreen at 11:06 PM