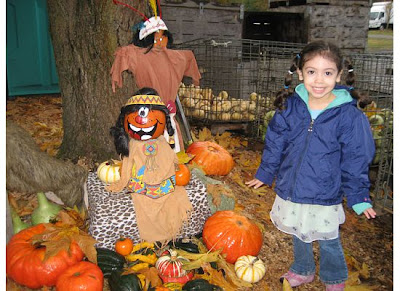 Princess G was so excited for her first field trip. Everyday for about the last week she kept asking "Is the pumpkin patch tomorrow?" After everyone arrived her Pre-K class took a tour. They learned all about pumpkins and that these were Jumping Jack pumpkins. We also learned about life before electricity and got to see many farm animals. 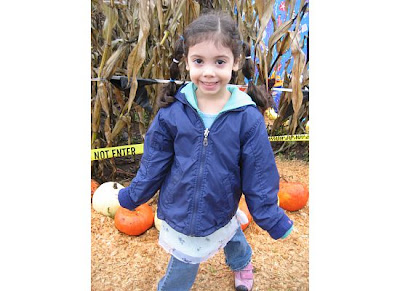 Princess G liked the baby lamb and the chicken that thought it was a goat the most. After the animals they got a tour of a small greenhouse. 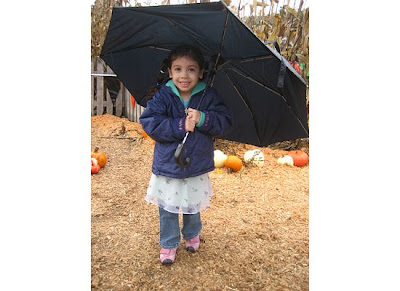 It rained most of the tour and since she refused to wear her hood she got the umbrella (or I held it over her. Luckily the rain was not to hard and it was not as muddy as I had feared. 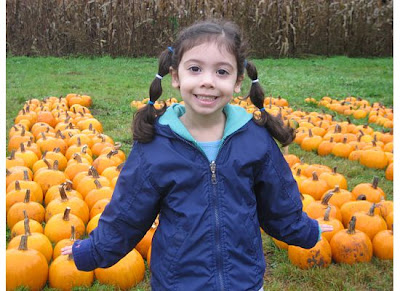 The last part was to pick a pumpkin. She got to pick any of these smaller pumpkins. 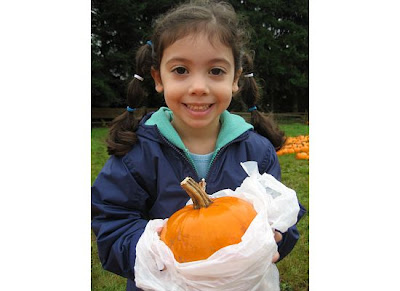 I had a feeling she would not want to touch a wet pumpkin so I brought a bag to put it in. We also got a pumpkin for her sister since she was a school. Princess A was a little jealous since when she was in Pre-K she missed the pumpkin patch. She was excited though when her sister gave her a pumpkin she picked out herself. 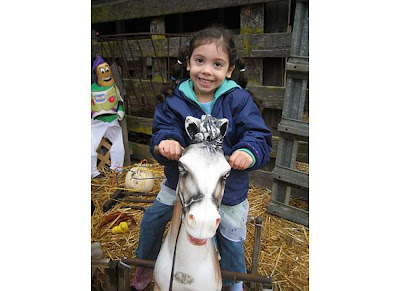 Princess G spotted this horse on the way out and wanted a 'quick ride.' I figured quick meant a few minutes but she climbed on asked me to take a picture and climbed right off. It was a fun time but I am not sure if we are going to try and carve these new pumpkins. They are pretty small but the two pumpkins we already carved are starting to mold, yuck, so we might have to!
Posted by noreen at 6:40 AM