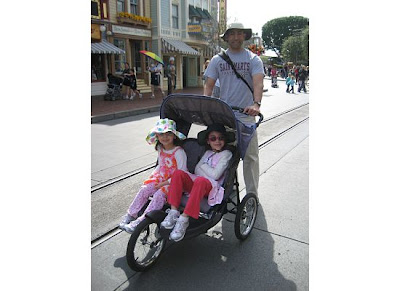 Our flight left incredibly early so we were in the park not long after it opened. 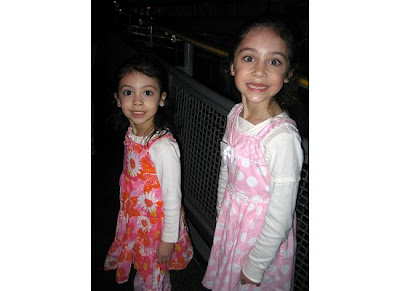 The first ride we went on was Star Tour, this time Princess G was tall enough so we all went together. Star Tours became her favorite ride so whenever Princess A went on a bigger ride this is the one Princess G rode. 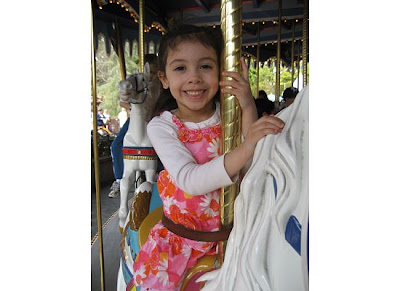 Of course we had to get a ride on 'Roses,' Princess G's favorite horse. 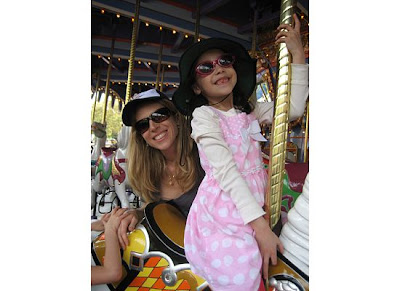 My sister and her two kids were able to drive up for the day. We have not seen each other in years. She just moved back to Southern California so she was able to come for the day! 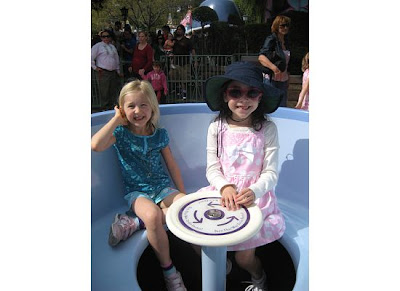 Princess A and her cousin became very fast friends and by the end of the day they said they were best friends. 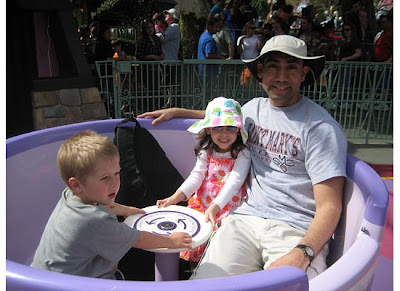 Princess G also bonded with her cousin and he took a shine to my darling husband (the only other guy that day.) 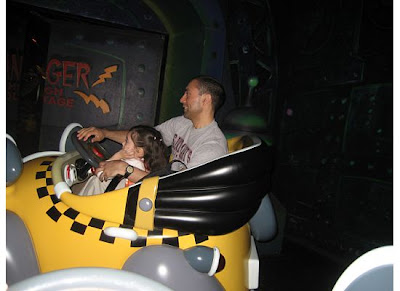 My sister and kids had never been to Toon Town before (they have been to Disneyland lots of time just never Toon Town) so we spent sometime there. Princess G loves this ride but not the sound so she spends the whole ride covering her ears! 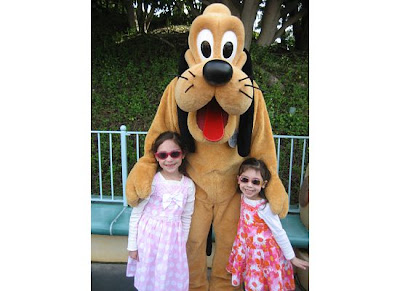 Our first character we saw was Pluto and of course we had to get a picture. 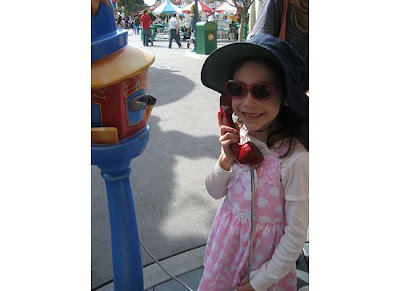 Princess A discovered that you can hear voice on the other end of the Toon Town phones. 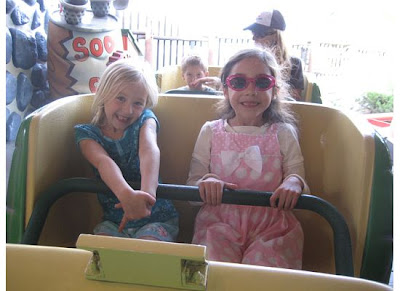 We all took a ride on the kid roller coaster (that is what my girls call the one in Toon Town). 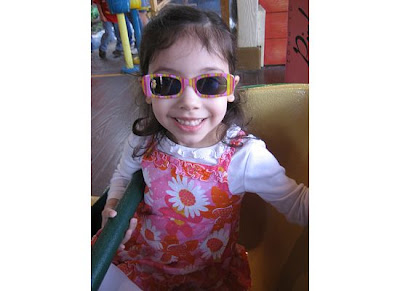 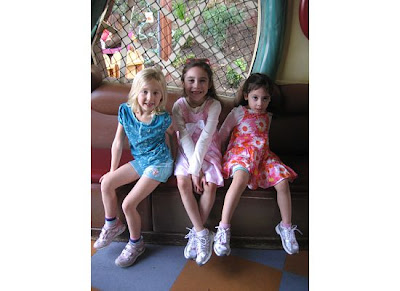 The girls had fun playing in Goofy's yard and house. 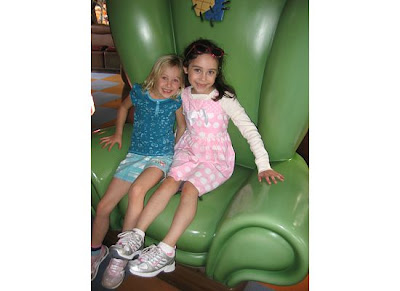 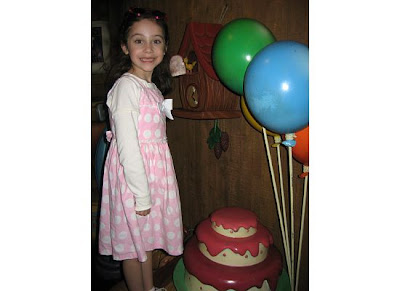 I had to take this picture as I have the same pose when she was 2 or 3. 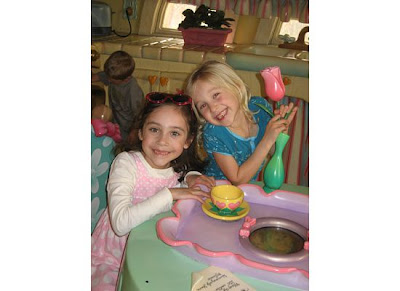 The girls pretended they were having a tea party. 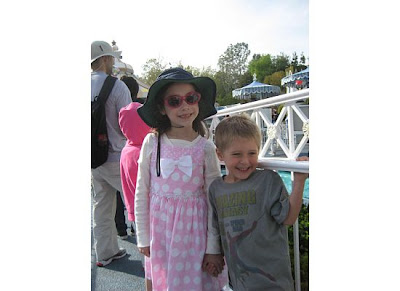 I finally got a good picture of my nephew, the only one that day as he does not like taking pictures. 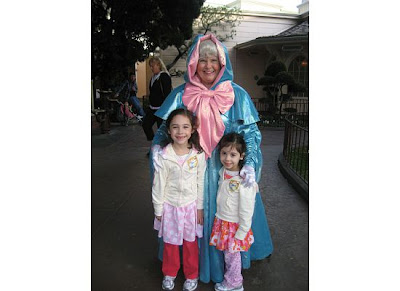 As were on the way to dinner we saw the Fairy Godmother, this was the first time we ever took a picture with her, the girls were very excited. 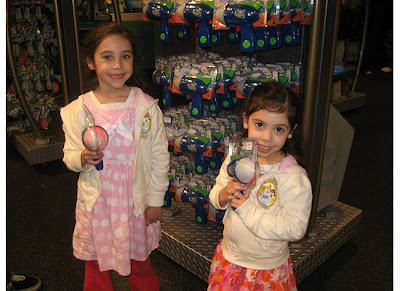 Everyone loves the Buzz Lightyear ride so we went on that a few times. 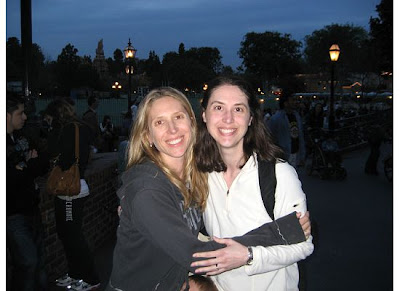 It was getting late before I finally got a picture with my sister. I miss seeing her, it really was to long since we last saw each other. Besides the hair do you think we look alike? 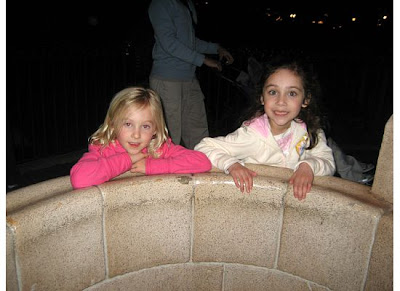 Too soon it was time for everyone to head out. The girls wanted to make one last stop, the wishing well. I know my wish is to see my sister and her kids more often!
It was a great first day in Disneyland!!!!!!!!
Posted by noreen at 9:23 AM