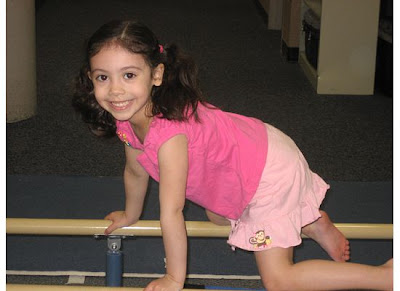 We used to be members of the YMCA but the membership is just too expensive, especially since the open hours of the pool do not work for us (seriously who wants to swim at lunch time, dinner time and after their bedtimes). The girls do miss when they used to have Toddler Gym (plus Princess G is just barely young enough to go if we were members). 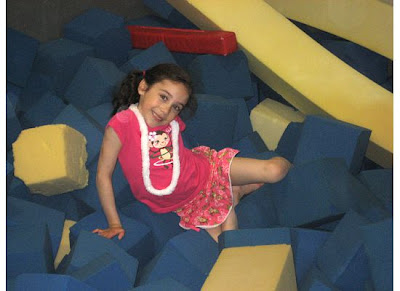 They always loved jumping in the foam pit, it was their favorite part every time we went. 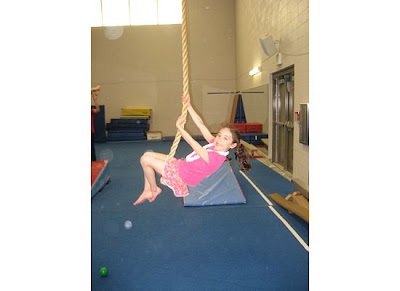 Now they love the rope swing. The YMCA never had the rope swing out for Toddler Gym but sometimes they would have out a swing and the girls always loved it. 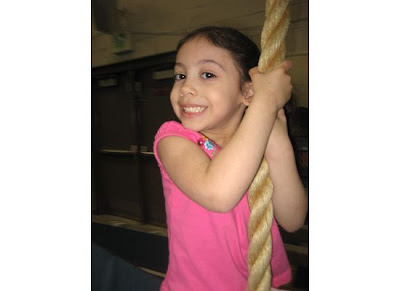 Princess G could almost climb onto the rope by herself but she certainly can swing by herself. 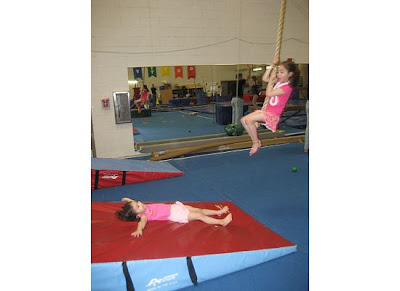 The girls also played this game where one would be standing up and would fall back right before the one on the swing hit them. They played over and over and giggled the whole time. They even got me to play the game on the swing and the person falling. 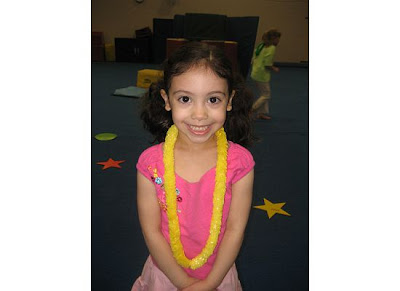 During free play you could also play a bean bag tossing game to earn a lei. 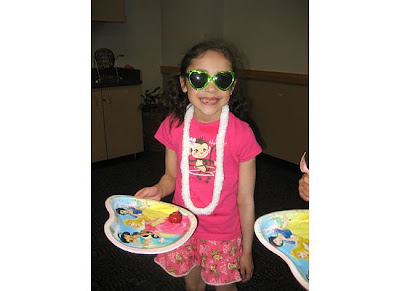 Eventually the hour in the gym was over and the rest of the party began. It was time snacks, bingo, cake and the gifts. 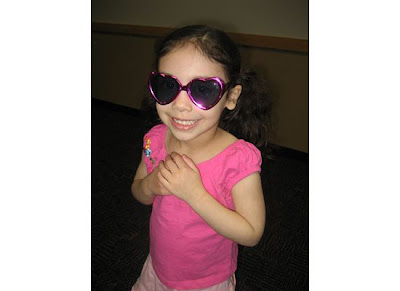 Princess G loved her sunglasses but unfortunately after wearing them for less than an our her skin on her nose turned pink! Once I saw her nose was a little pink I did not let her wear them anymore. The girls but had a blast and now Princess G keeps asking to have her party at the Y for her next birthday.
Posted by noreen at 11:46 PM